A good way to get agility and drop your hand on the drawing is to do previous exercises. This week we practiced with lines and circles.

At the beginning of the class we have done competition of lines and circles. The children had to make as many circles and parallel lines as the Star Wars and Harry Potter songs sounded. 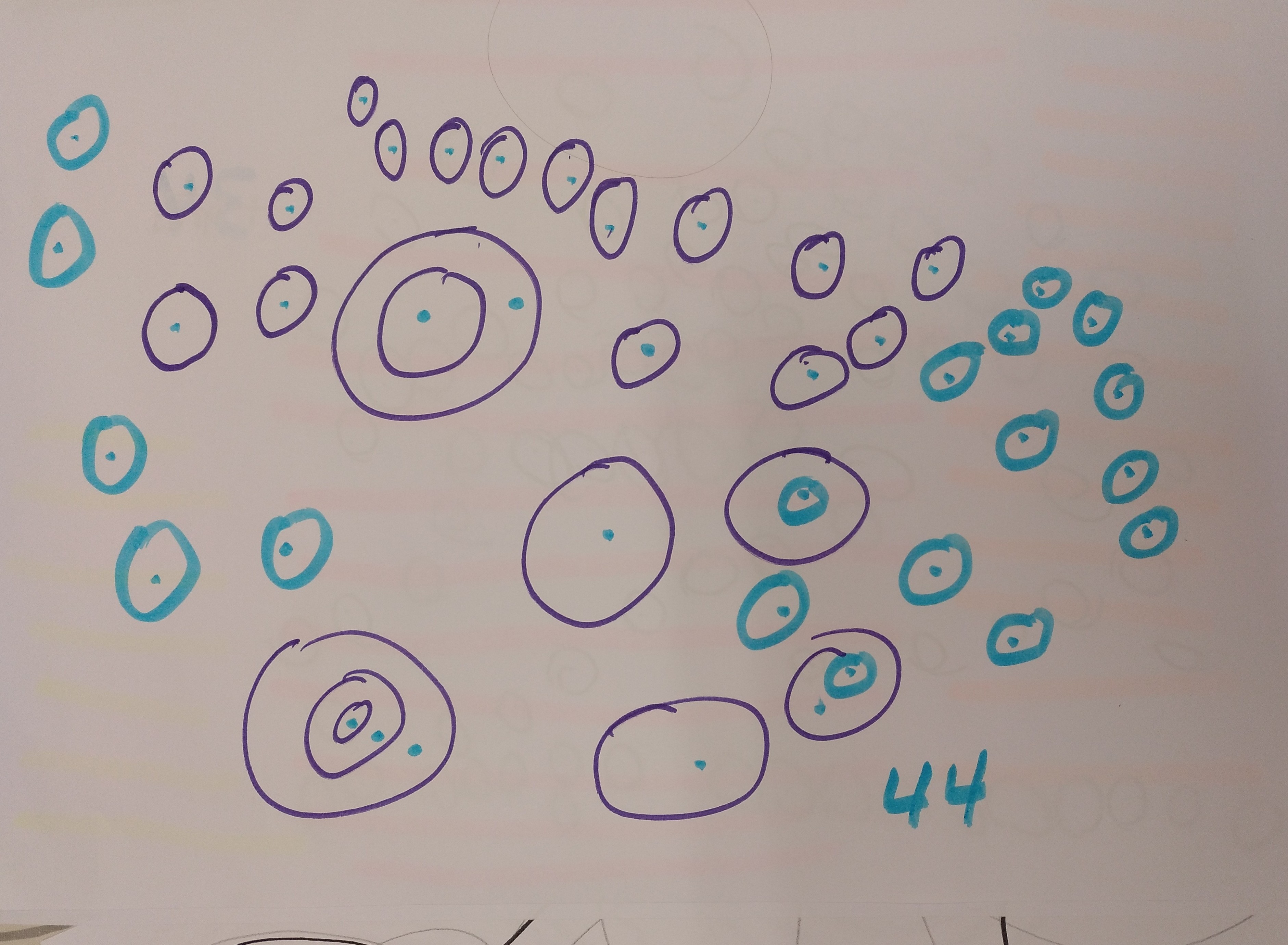 Then we have drawn a snake and we have done the drawing with lines and half circles. The snake has been left with a very funny and multicolored optical effect !!! It looks three-dimensional ???? 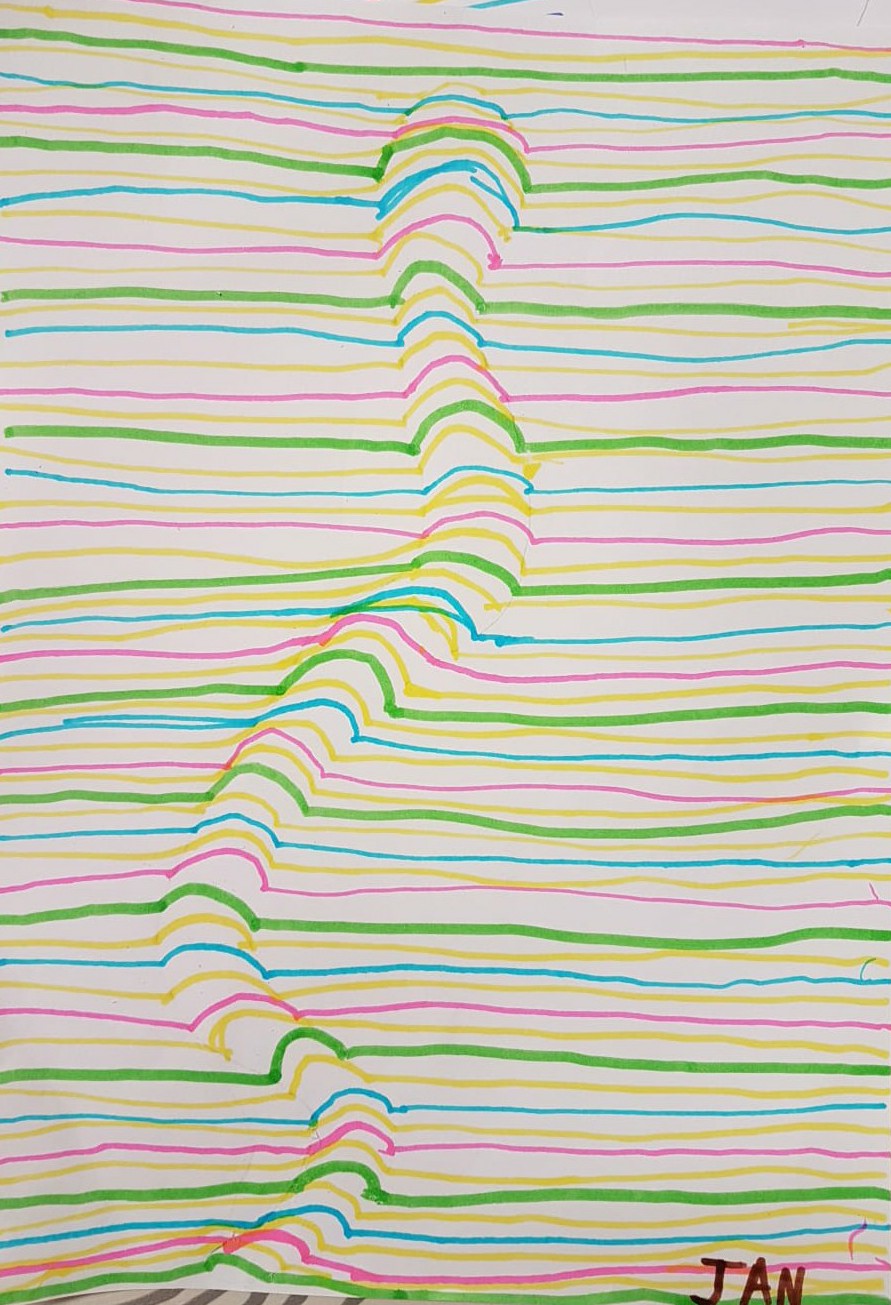 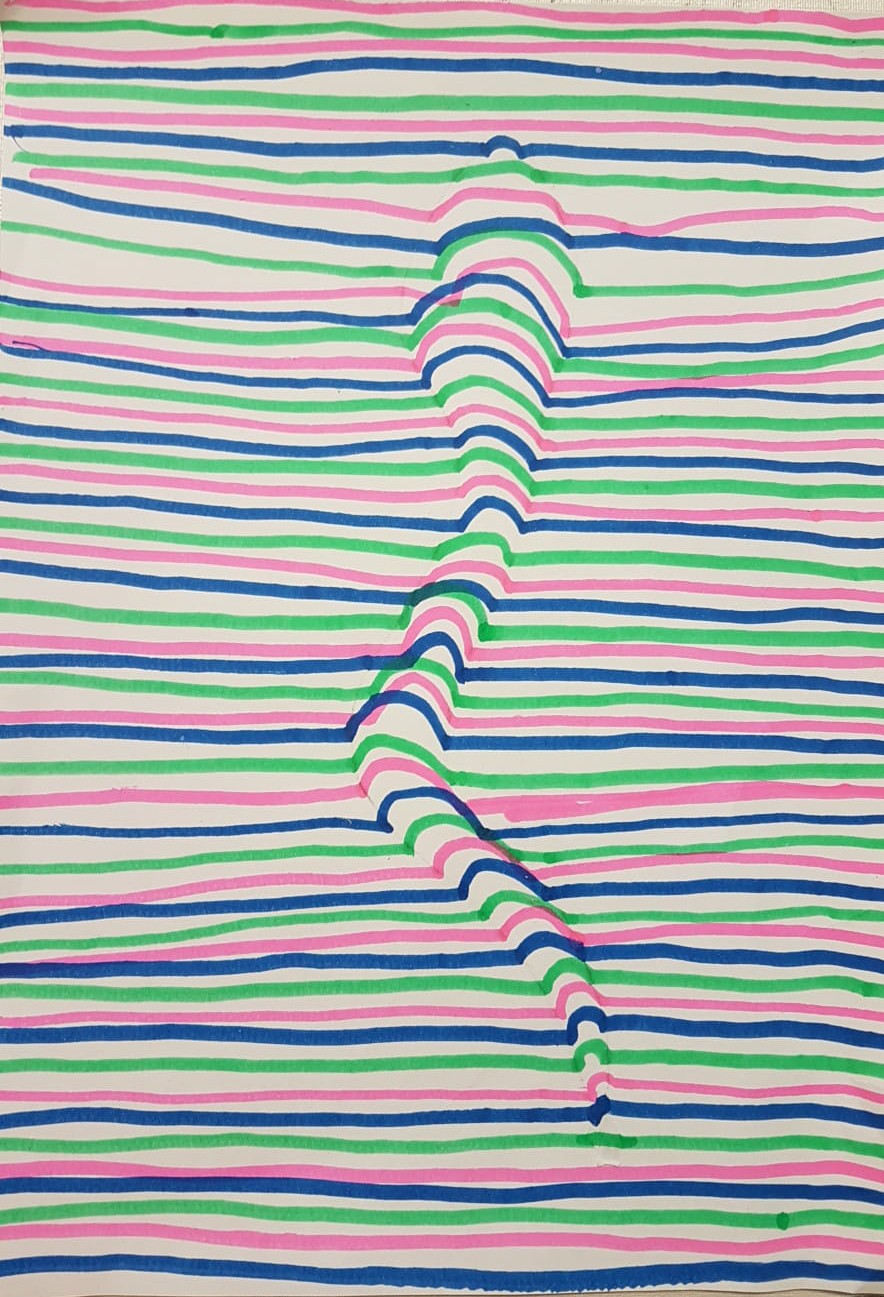 Another exercise that we have done is to draw lines at random.

When finished, the children observe the forms that appear on the paper and think about what they suggest. That is when they review the form and color it. It is curious to see how suddenly appear forms that we had not imagined.

The children have found all sorts of characters and things like fish, an arm, a snake-elephant, imaginary characters, puppies and ghosts. 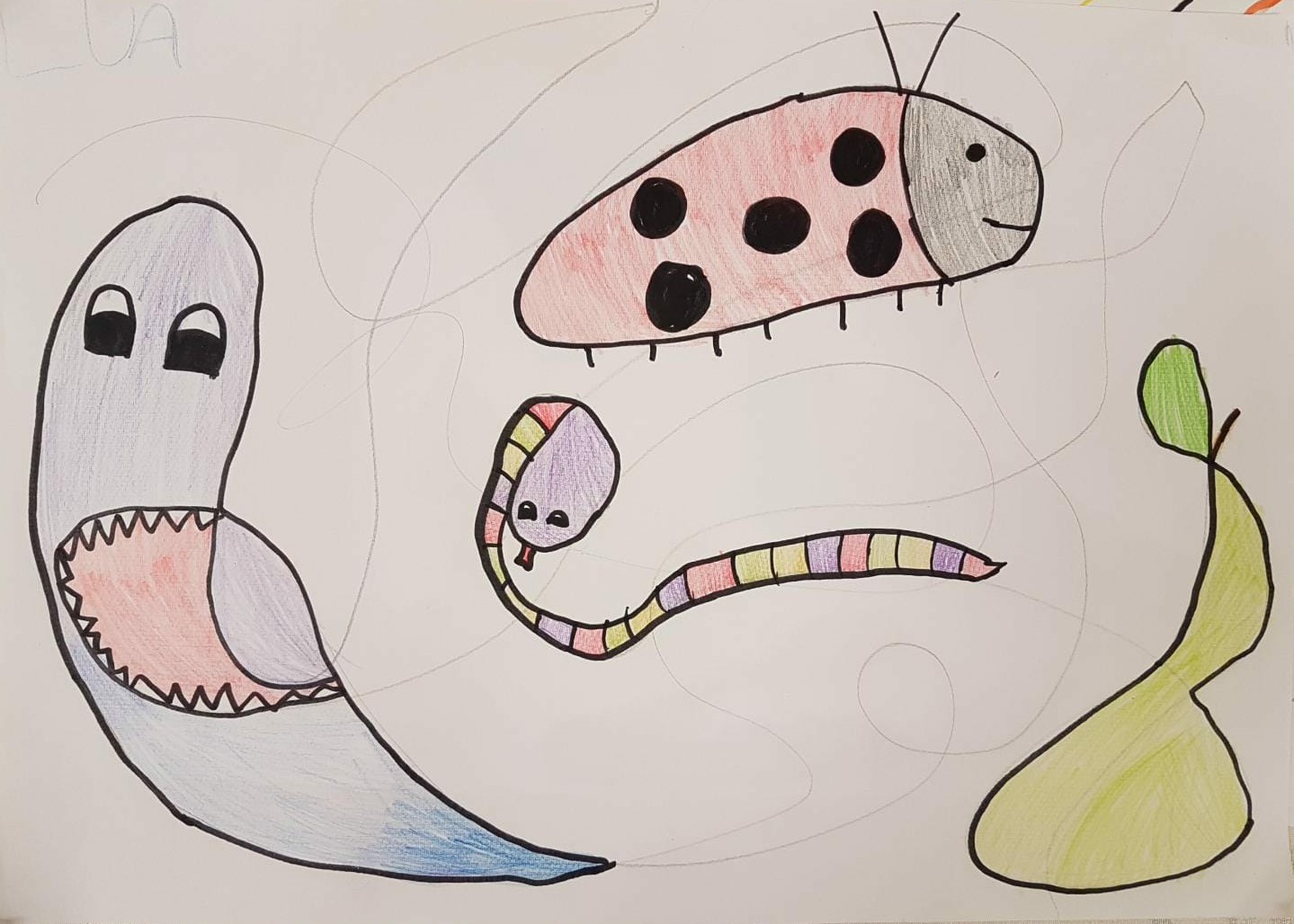 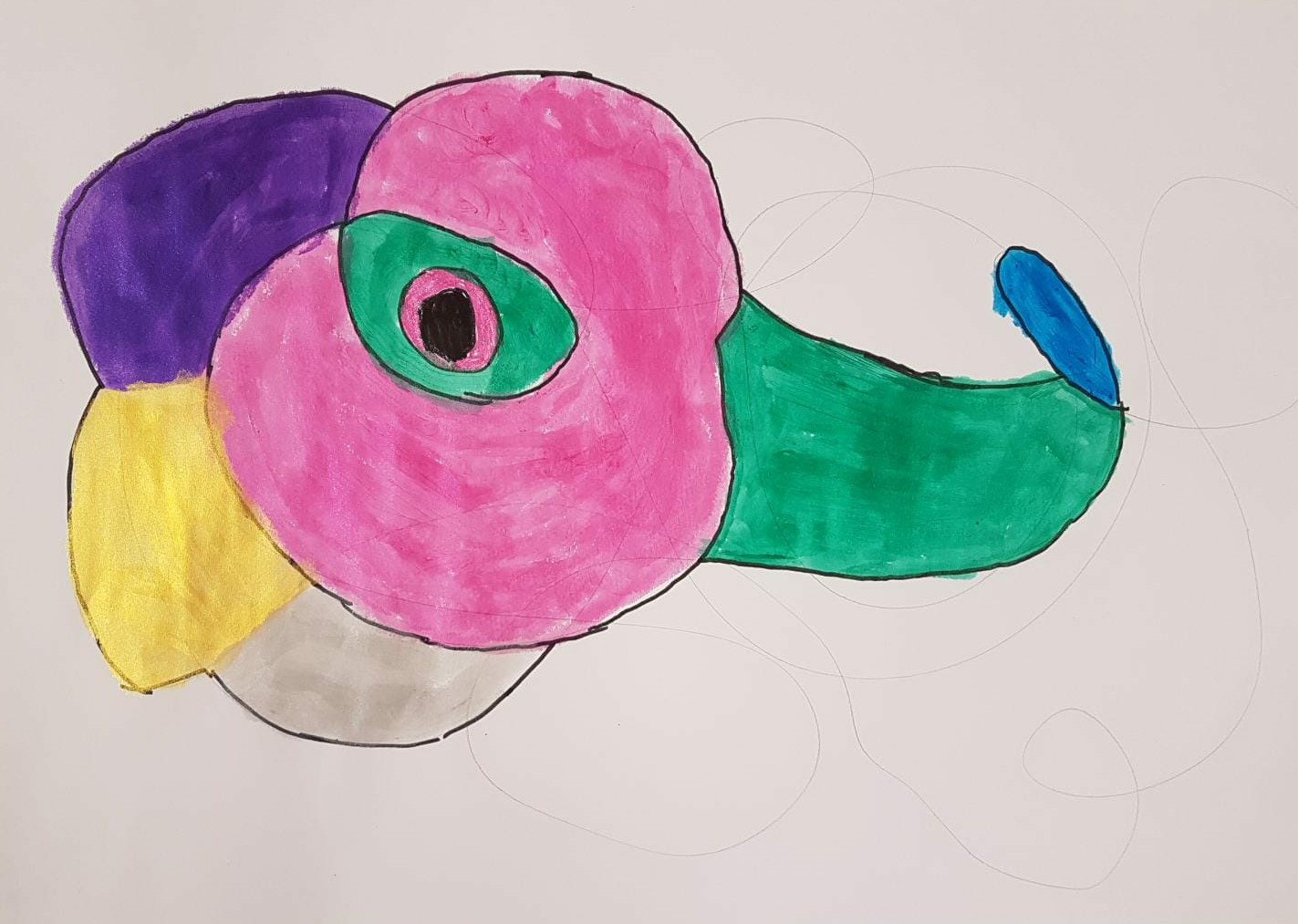