We wanted to do this Graffiti Lettering activity for a long time. 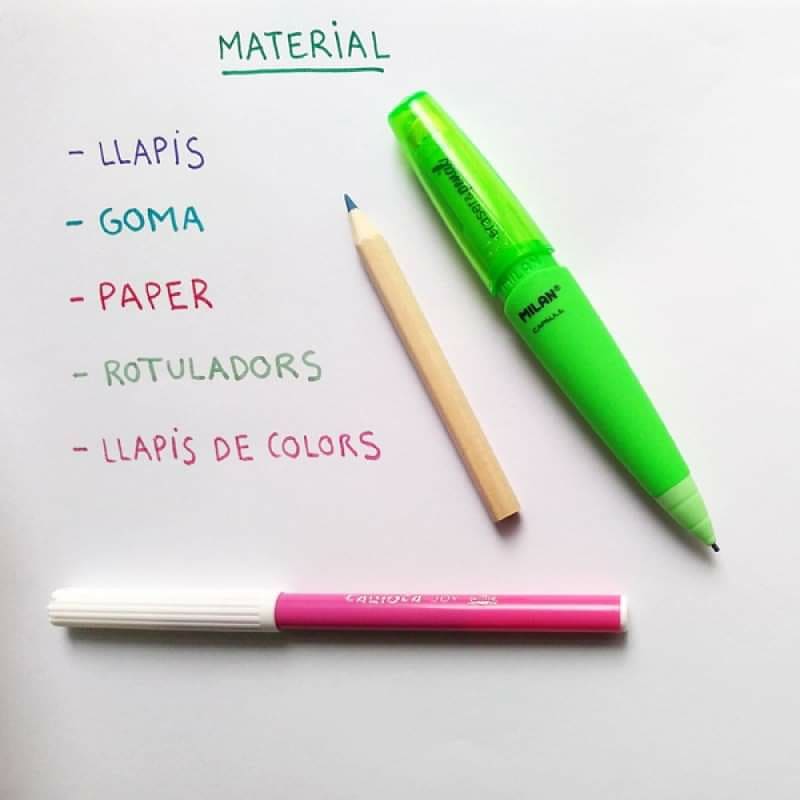 1. Draw 2 parallel lines, they can be wavy, straight, or of different shapes, and inside write your name or whatever you want.

This serves to give movement to the letters. 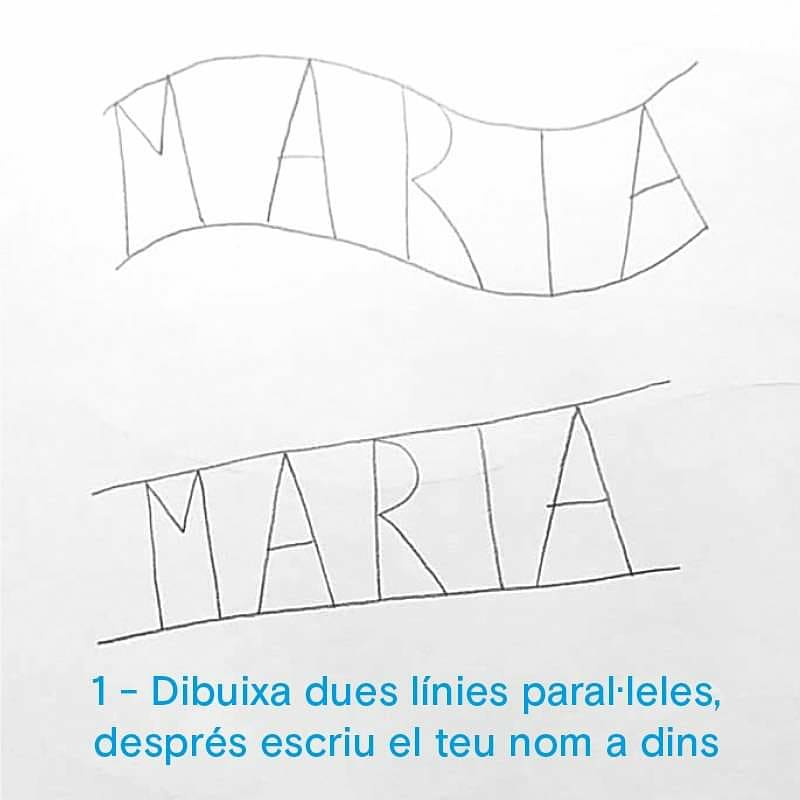 2. Now that you have already written the text, delete the lines. 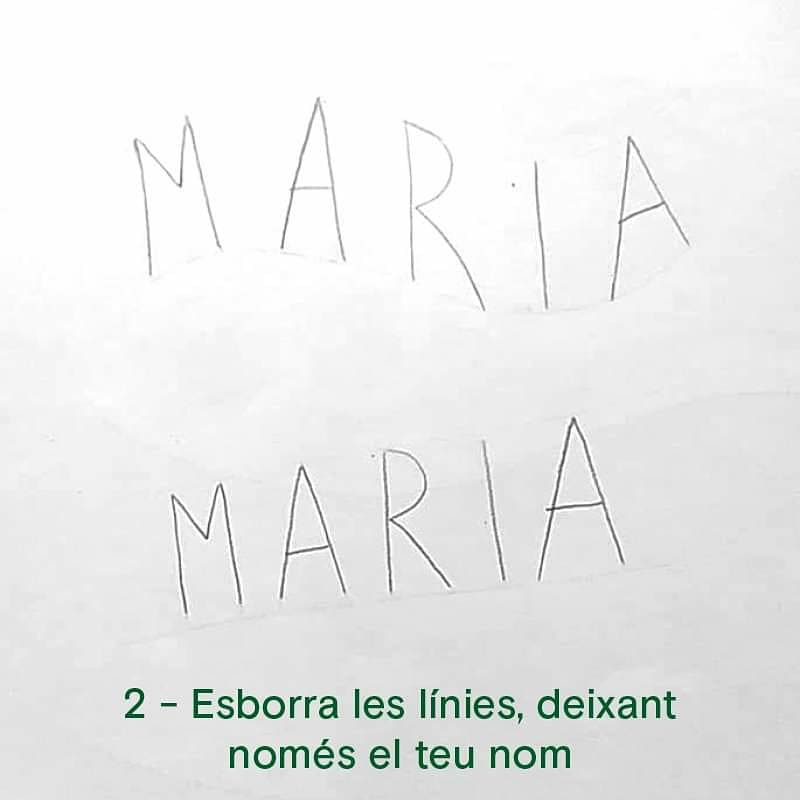 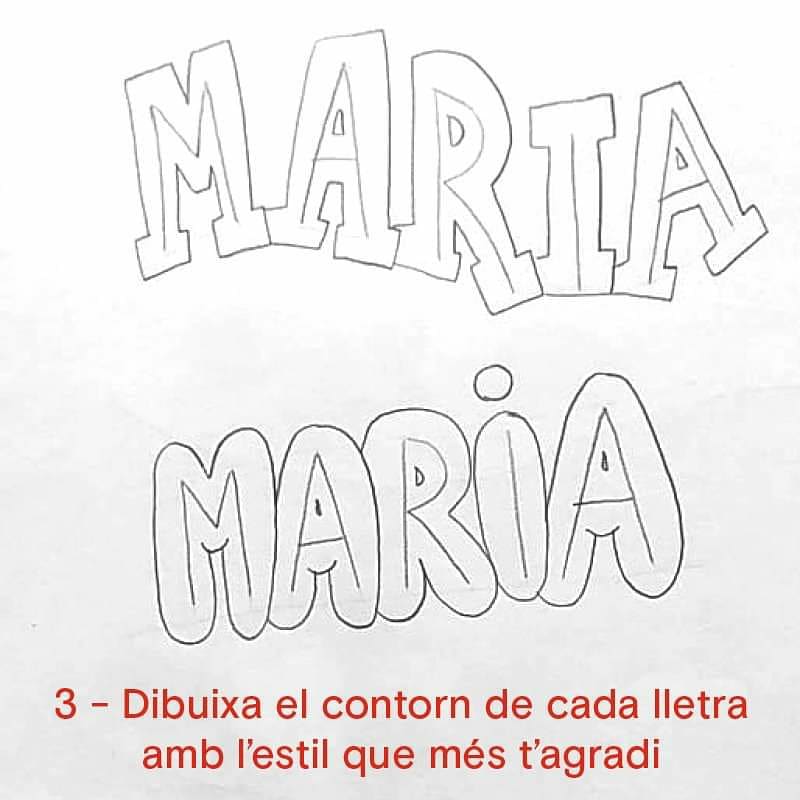 4. In this step you just have to erase the lines inside and you will see how the letters change. 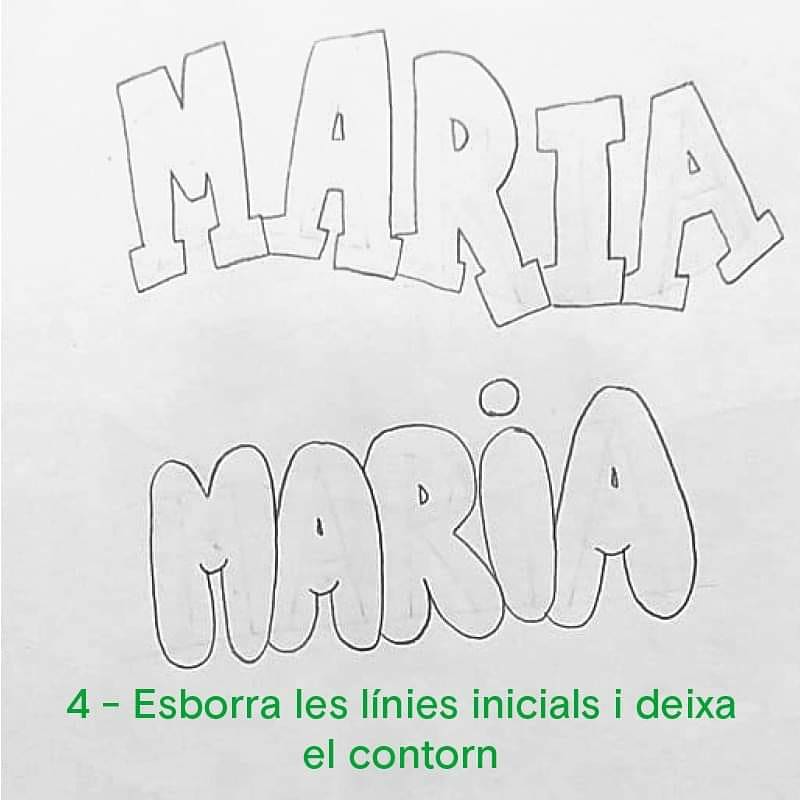 5. Draw the relief of the letters. We have put it to the right and down. You can do as you like … sure look good! 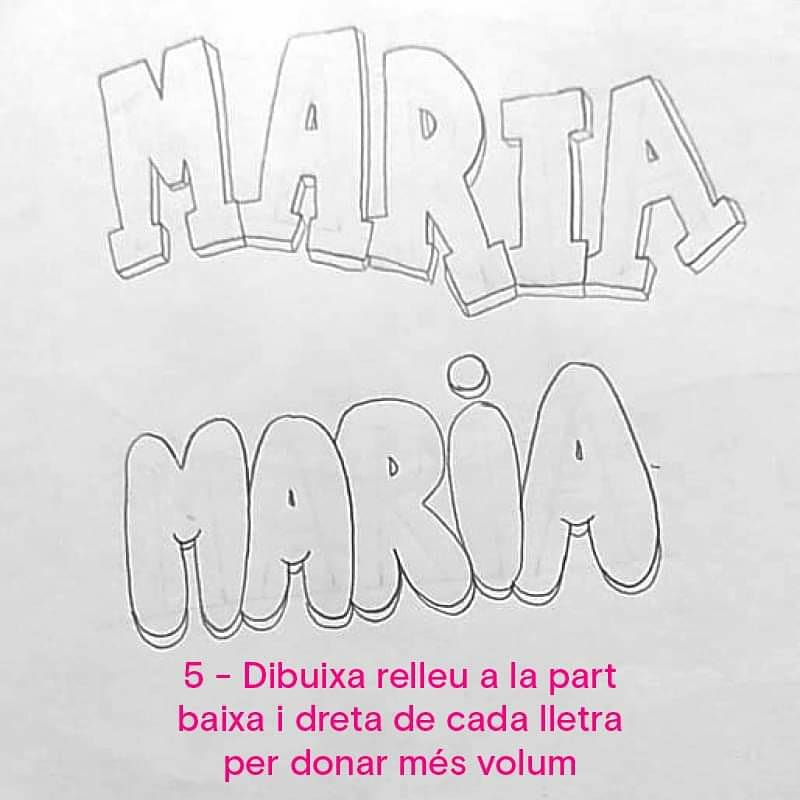 6. Paint and decorate the letters to your liking . You can make the design you want and color them as you like. 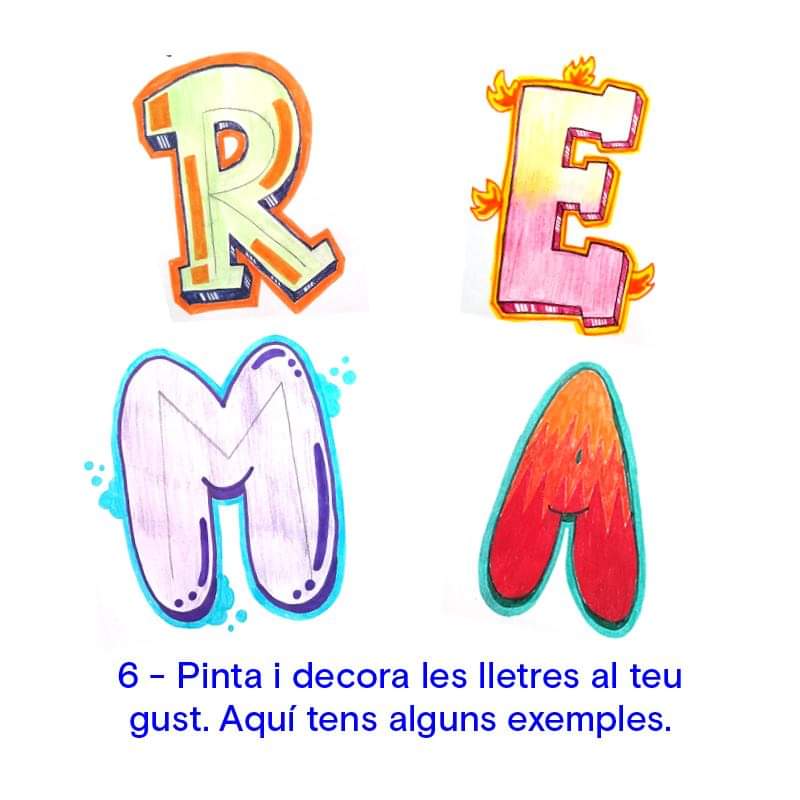 7. When you already have the letters painted and colored, put a background on your graffiti , it will be more fun. You can also make it up. We leave you a couple of examples. But he thinks that there is much more like that of lightning… 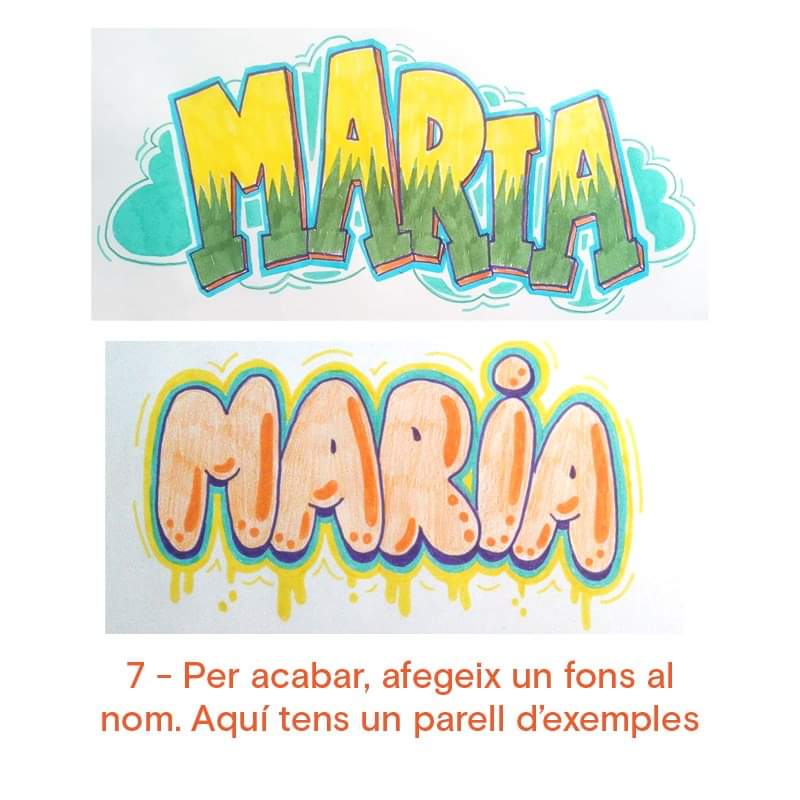 This activity liked it so much that children have sent us their drawings … Here you can see some of them:

The first drawings to arrive were those of David and Aniol: 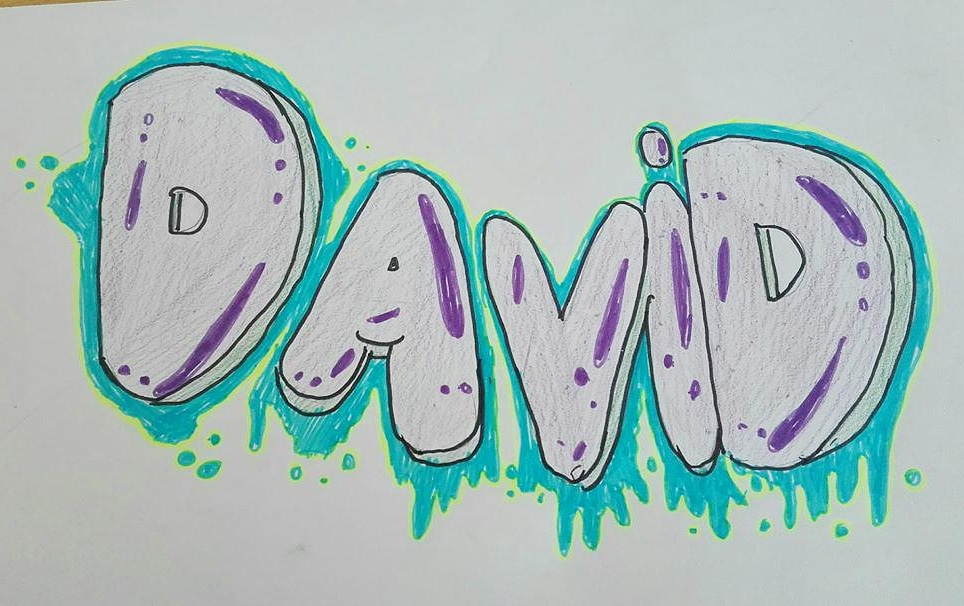 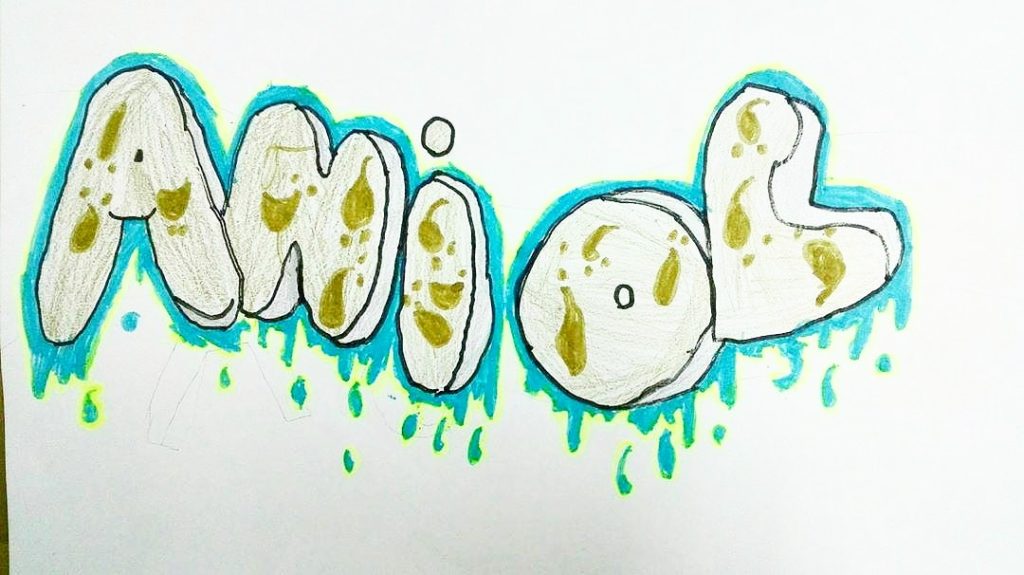 Beatrice sends us her drawing from Italy. 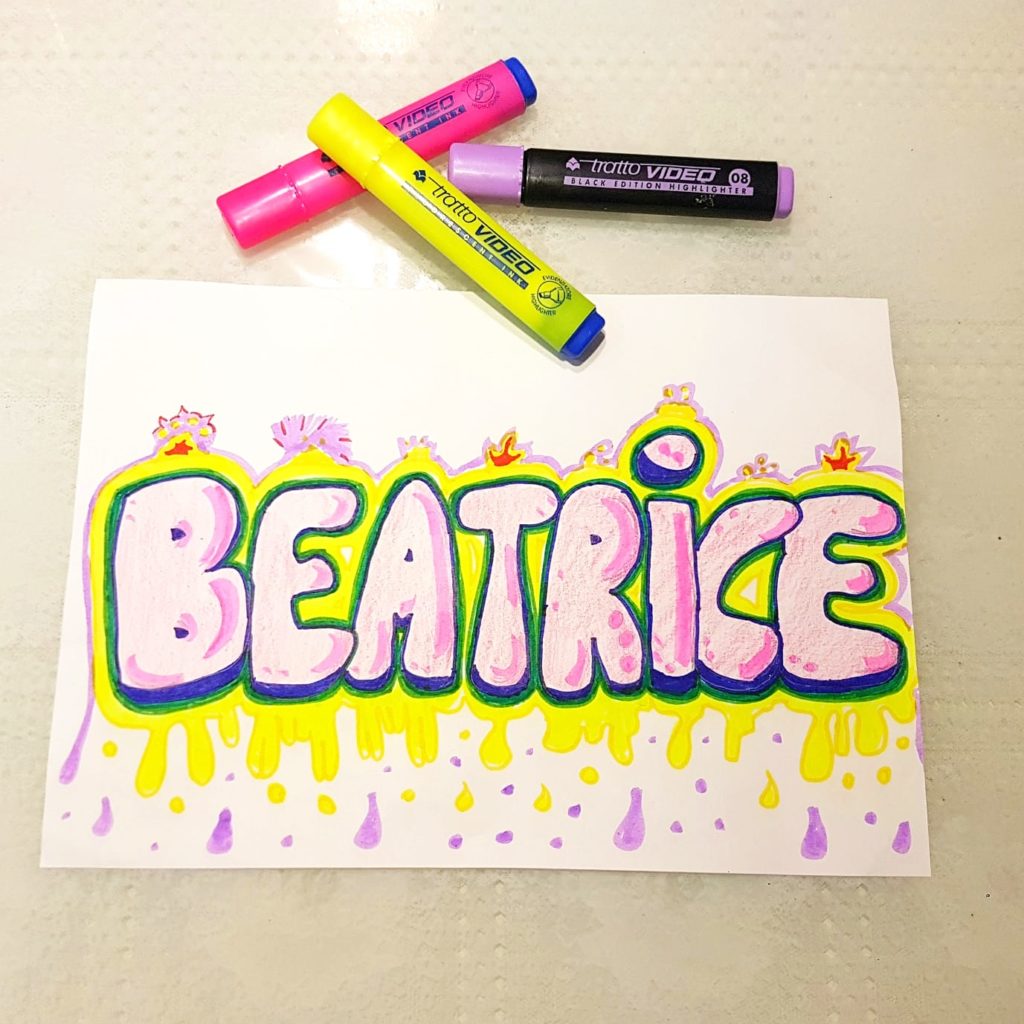 This endearing drawing that Itziar dedicates to his father. 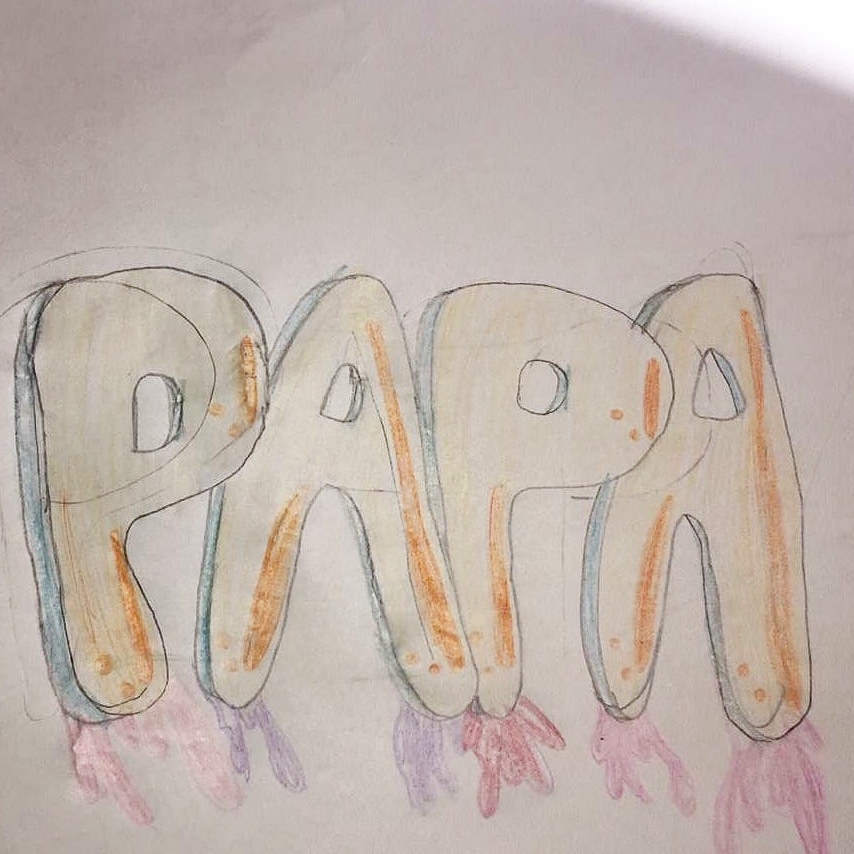 And this so pretty Alex. 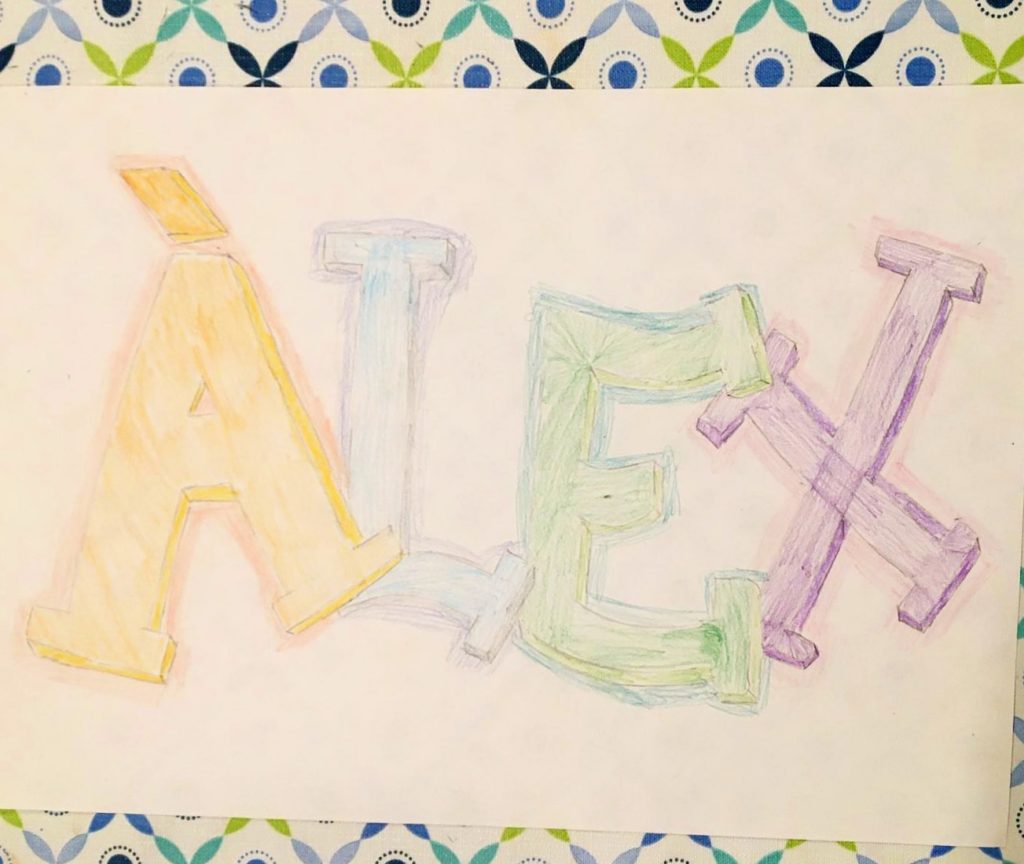 For those of you who want to make the letters a little more ” Punkies “, we want to explain that Graffiti can be done as you like, both in colors and in drawings.

Now that we are at home, and that we do not always have all the material we want, we can take advantage to make the letters in pen, the color you want.

There is a drawing technique called Ball Point Pen that is done with a ballpoint pen.

Look how good it looks and how different.

Dare to do the two options, you will see how different they are! 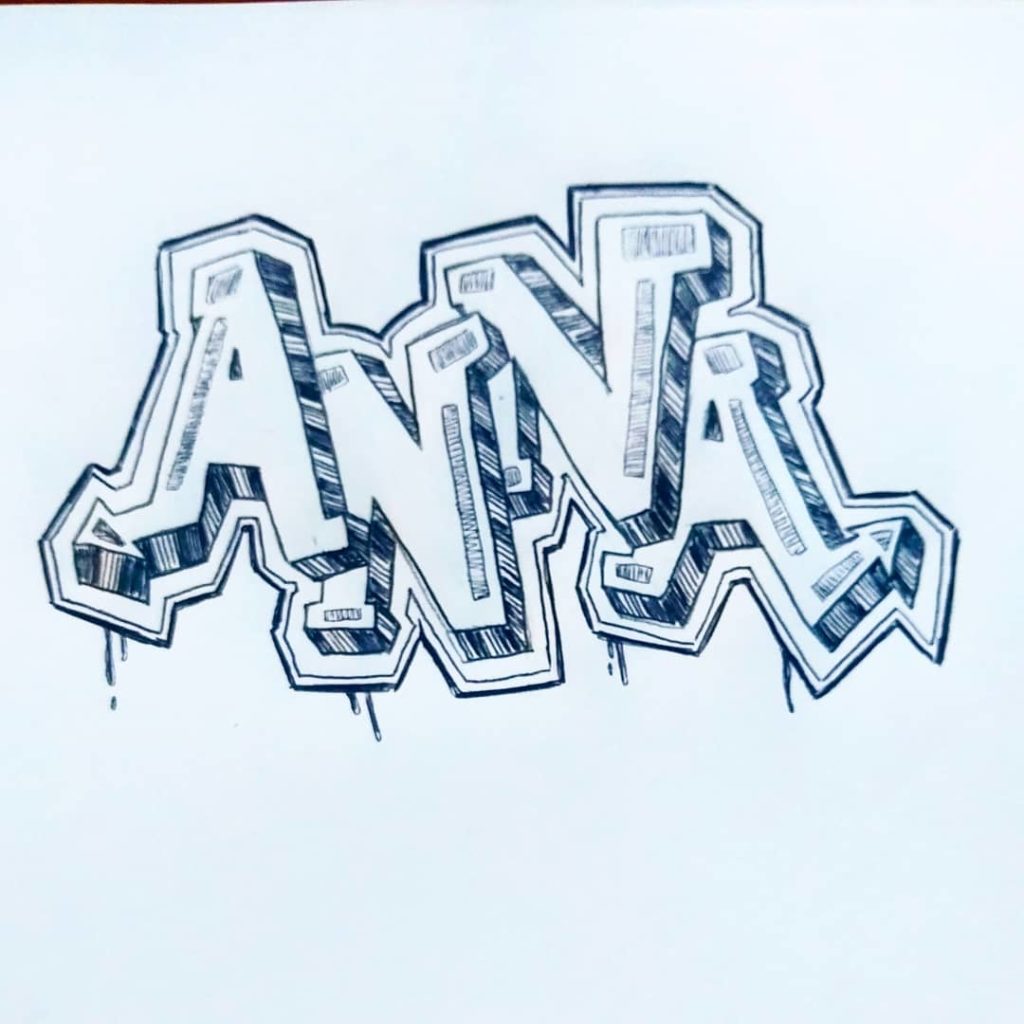 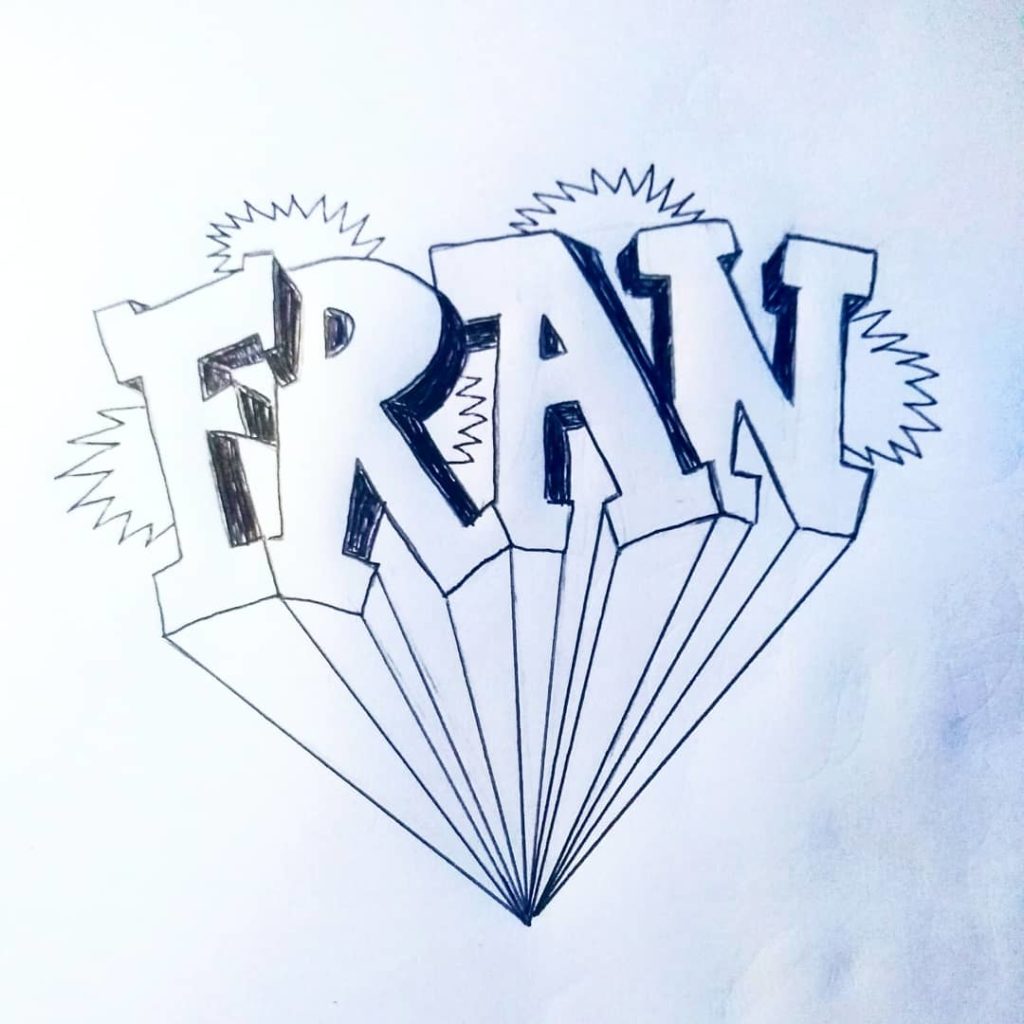 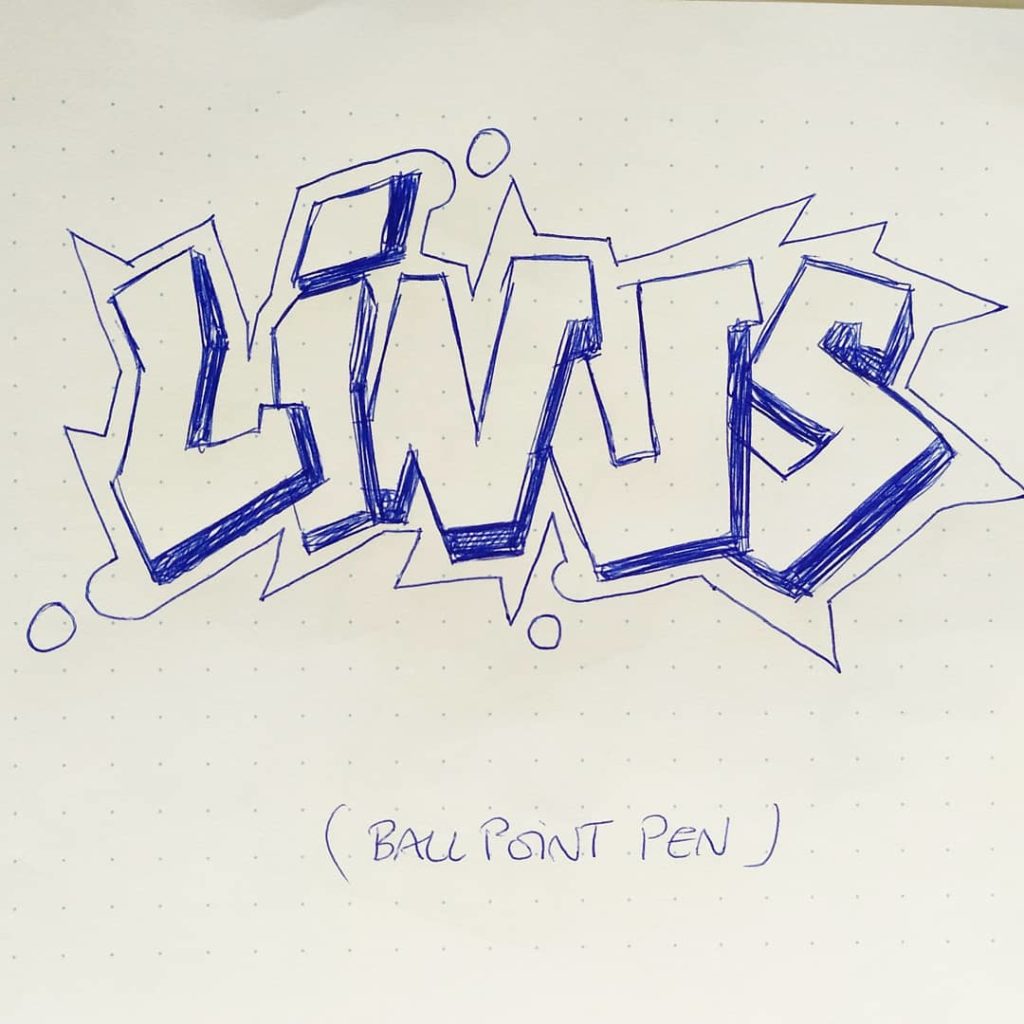 A little history of Graffiti :

The graffiti movement emerged in the 1970s in New York and developed little by little. He started on the subway and then went out onto the streets of New York . It was painted on any type of support: walls, banners, etc.

Before long, the entire United States already had people painting in the streets on the sly of the police. It is an Underground movement that means that you do not follow the rules or that you go against them.

The shape of the letters varied. They started making normal letters in the subway, to vary in size and colors. When painting began on the streets, aesthetics began to change more. The letters changed their shape to rounder or more angular and shaded. In this way, the letters had relief. Little by little, the letters began to be confused with the drawing.

Today, graffiti is still the names or nicknames of people and many are confused with drawings.