Playing with the Greek masks.

Two weeks ago we are playing with the Greek masks.

The first week, we explain to the children the origin of the theater and the masks and then, after observing the Greek masks, we draw ours thinking of the character we would like to be. 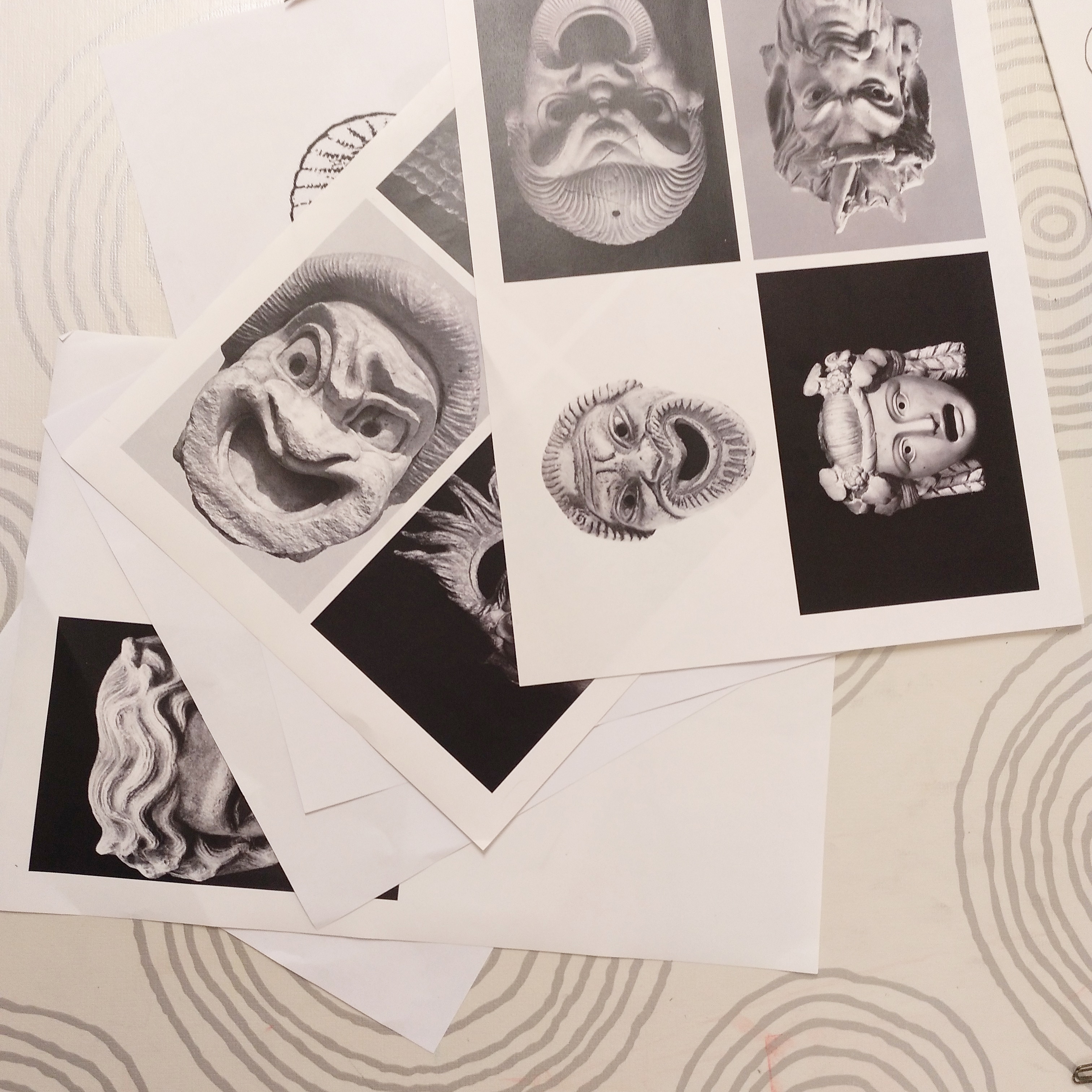 María and Ana, the teachers, taught the characters they had made to explain their story of Perseus and the Medusa, and then they interpreted it to see an example. Here you can see their masks and a moment of their work. 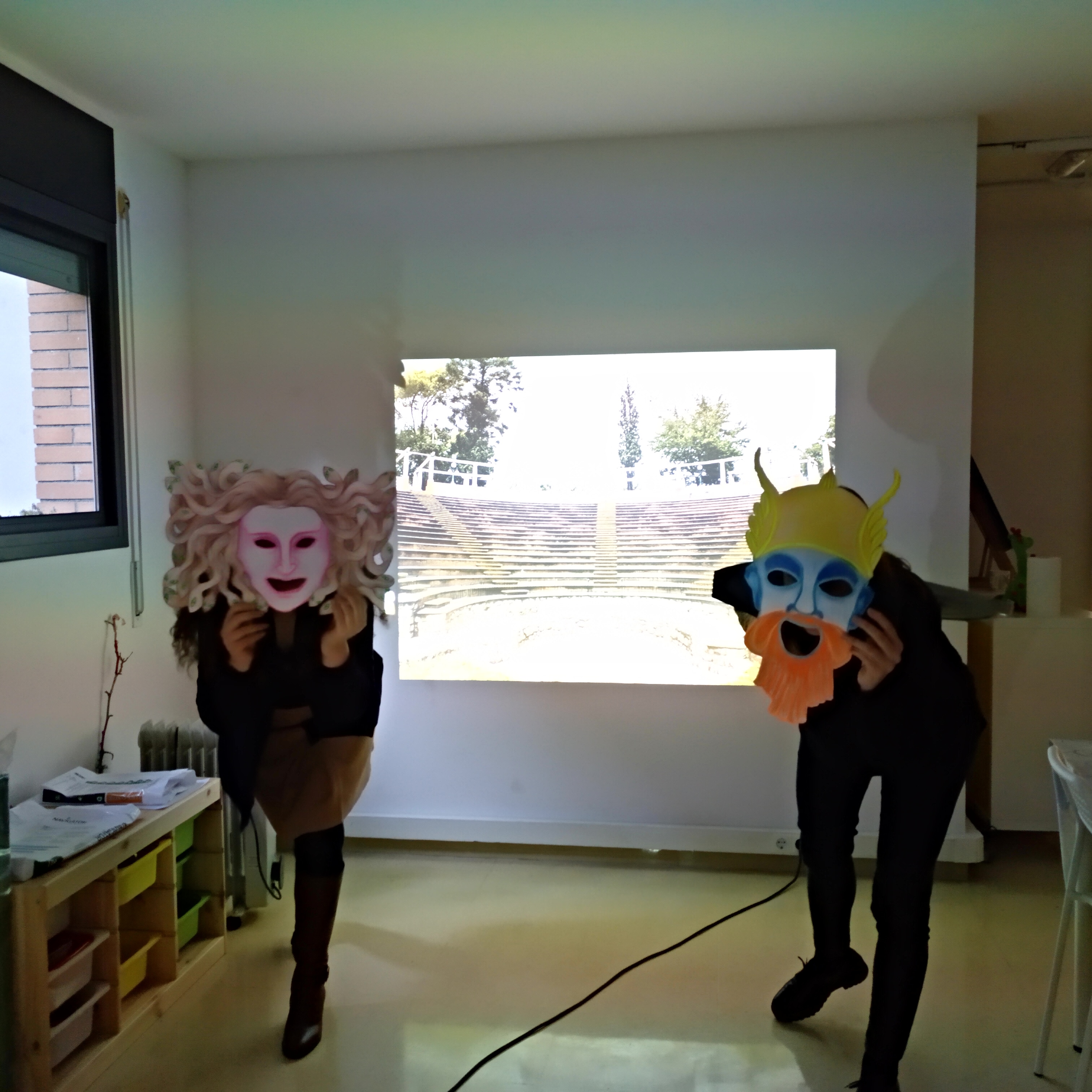 And here some children with their mask: 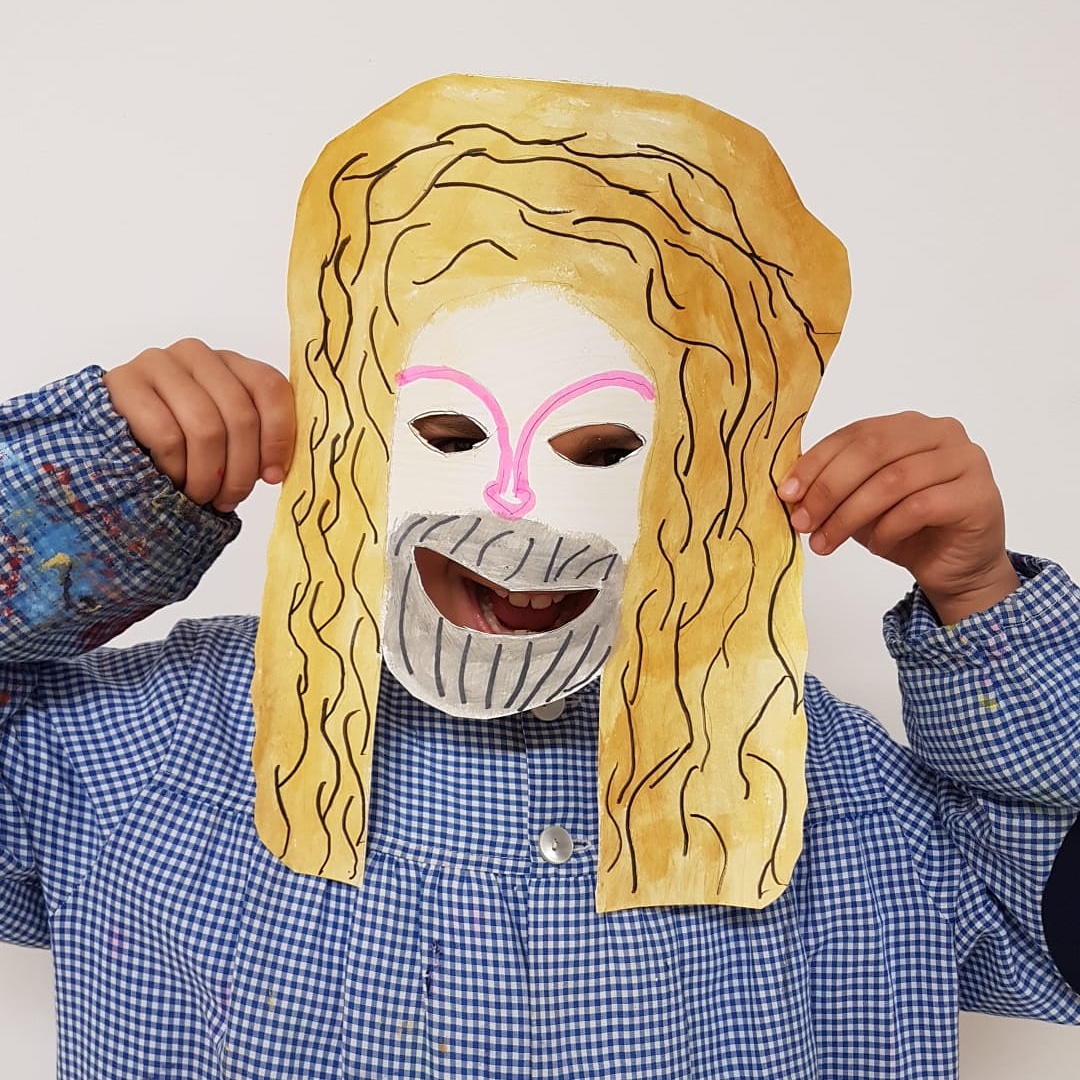 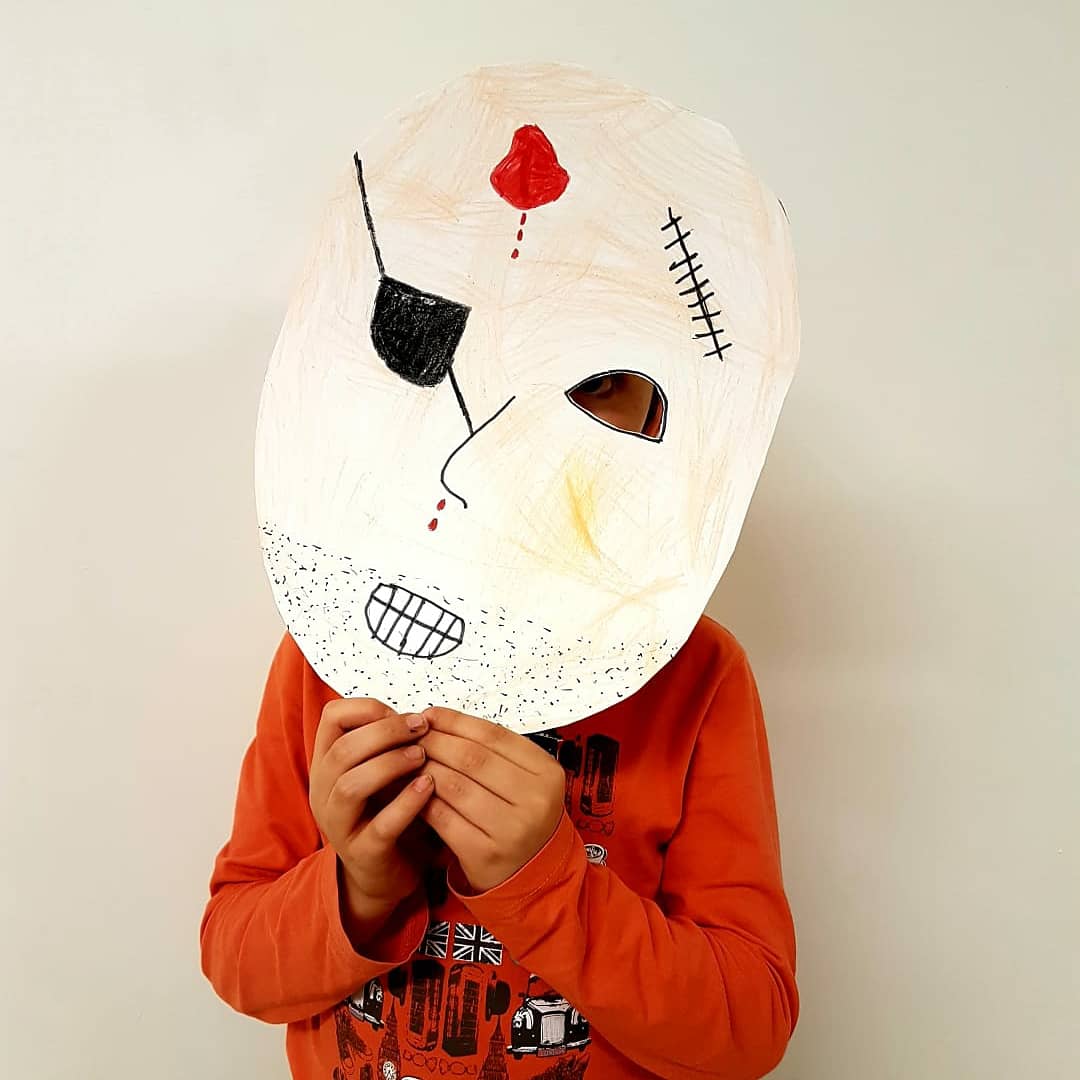 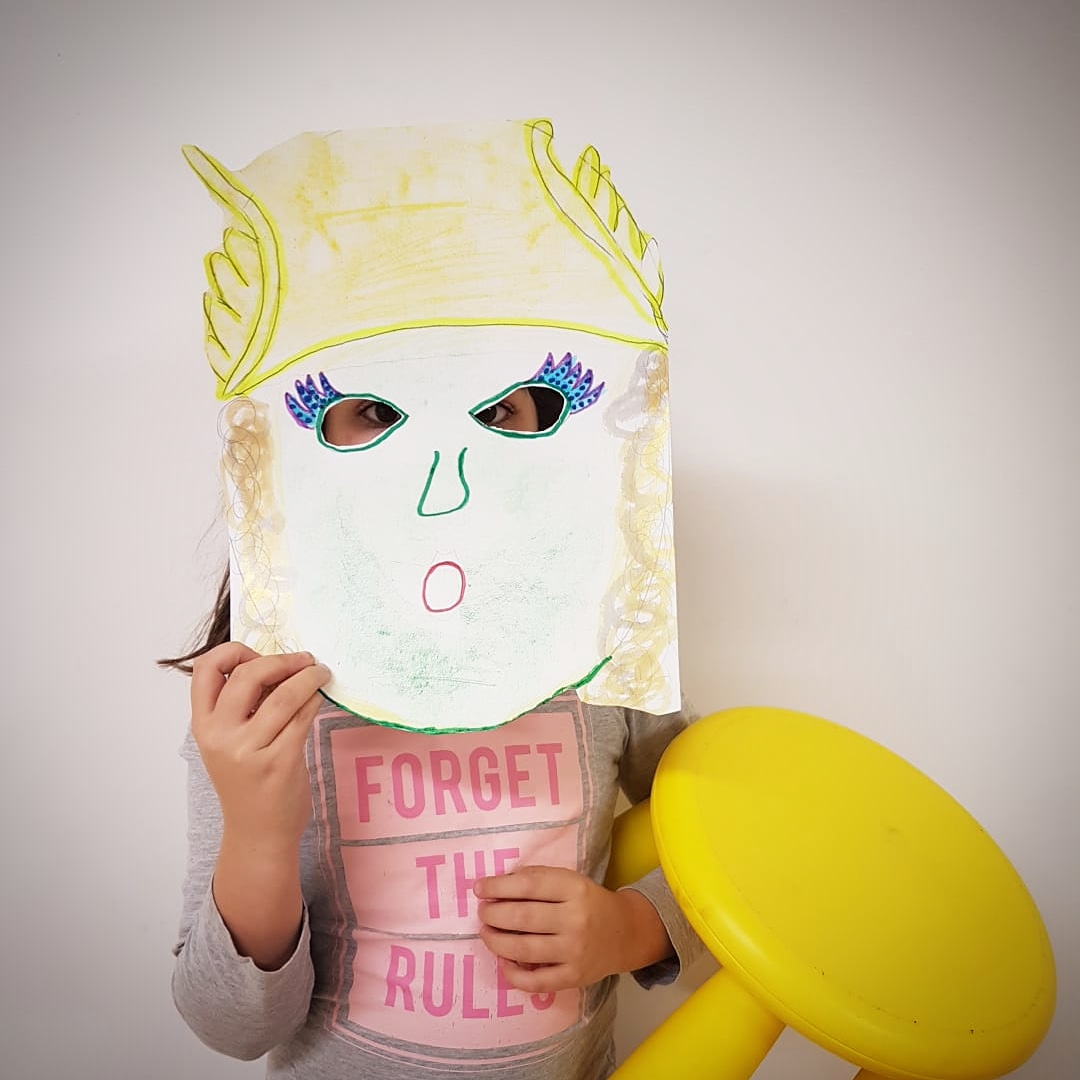 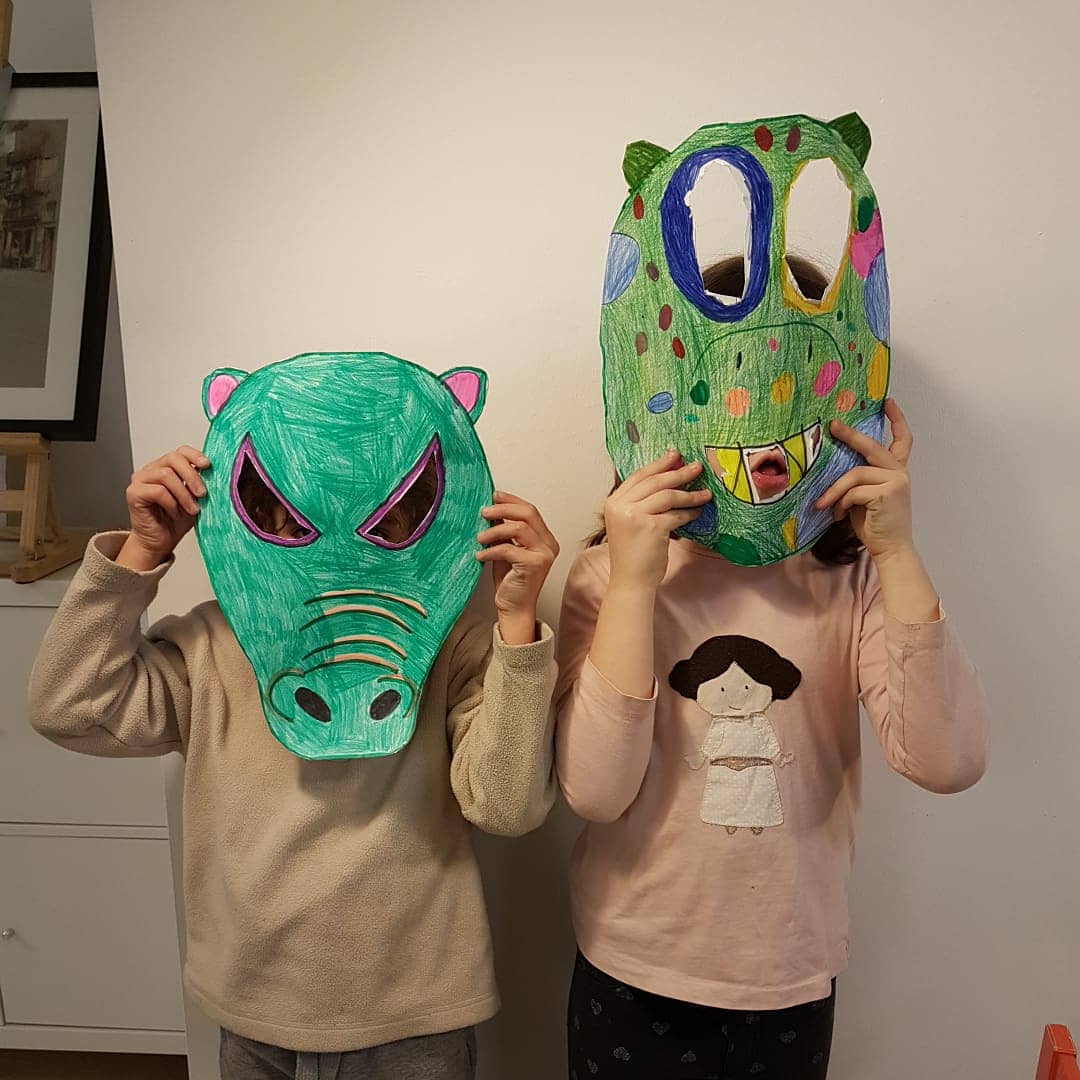 This week, the children have done their theater work.

They have had to agree among all of them and write a script to make their interpretation later.

They have also chosen photos that were used as stage and we have projected them on the wall. Of all ages, from 5 onwards- and it is beautiful to see how the greatest help to the smallest and all participate equally.

When you see a child with his mask, holding it with one hand and interpreting…it seems that magic comes back a few moments. It’s like magic! 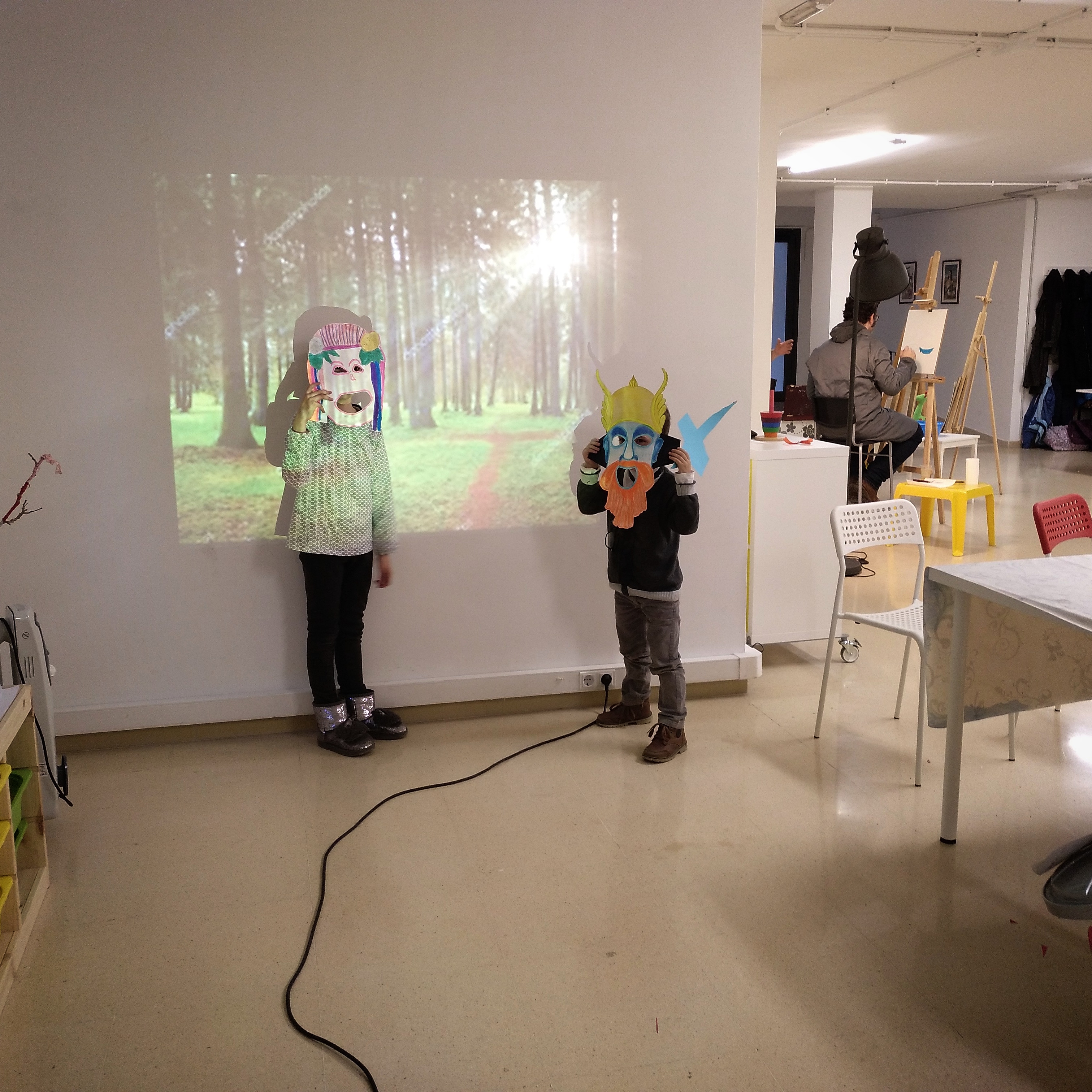 We practiced several times, when one entered the scene and the other came out and we have let them say with their words the part of the script. After several repetitions, we finally recorded the final shot.

Everyone has been delighted! It has been an endearing exercise and it has turned out to be very Team Building.

Several children have made more than one mask to be able to make several characters.