With this activity   Ballon Rocket Car   (Rocket car) are learned   physics and engineering concepts in a fun way . 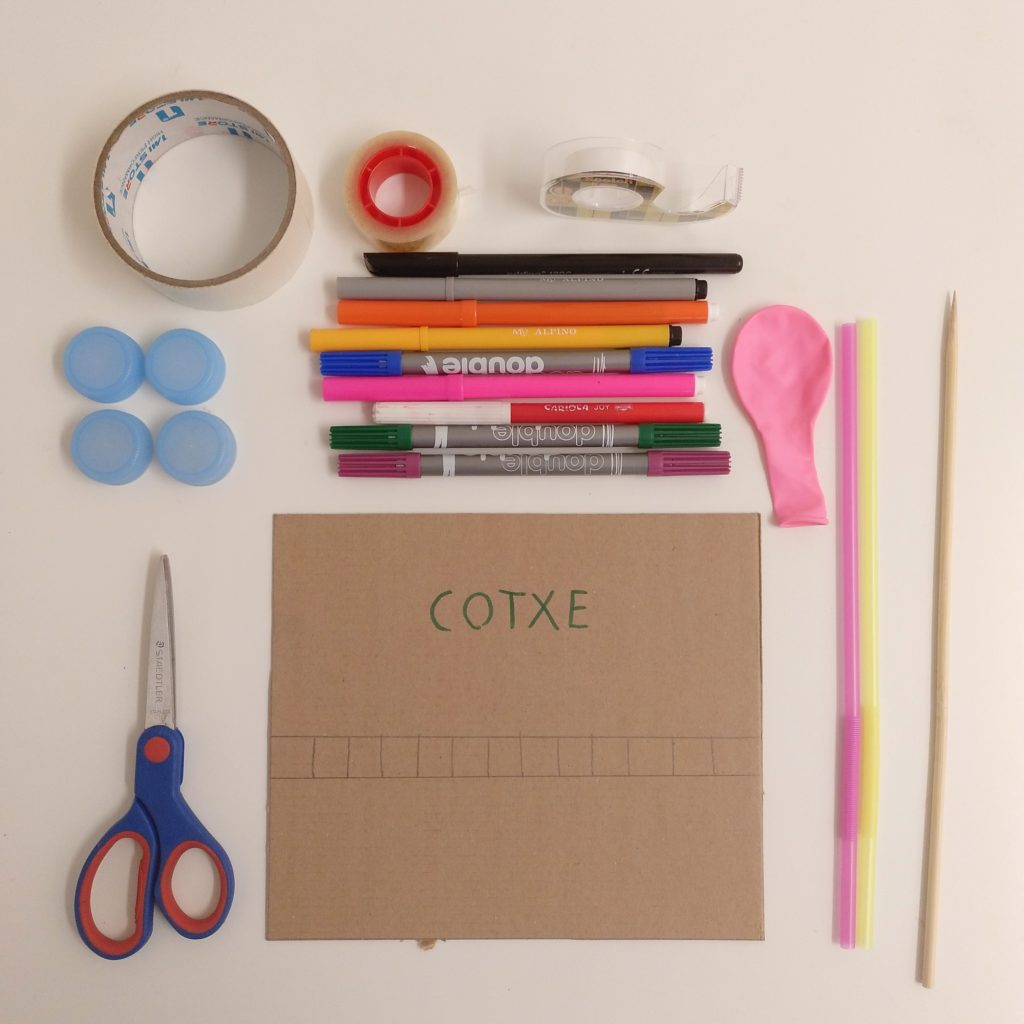 How is it done?

You can see it in the image.

Start by drawing the car   on your piece of cardboard. You can make the design you want.

Then, cut the car and put a tab for each side .

You can paint the tabs or put decorative washi tape.

Put the axles and wheels:

At the bottom of the base of the car, we will place the axles and wheels. This simple   and ancient invention   It is the machine so that the car can move.

Cut 2 wooden sticks of the same size and 2 pieces of straws, a little smaller.

Now pass the wooden sticks through the straws. This will be the axes of the car. 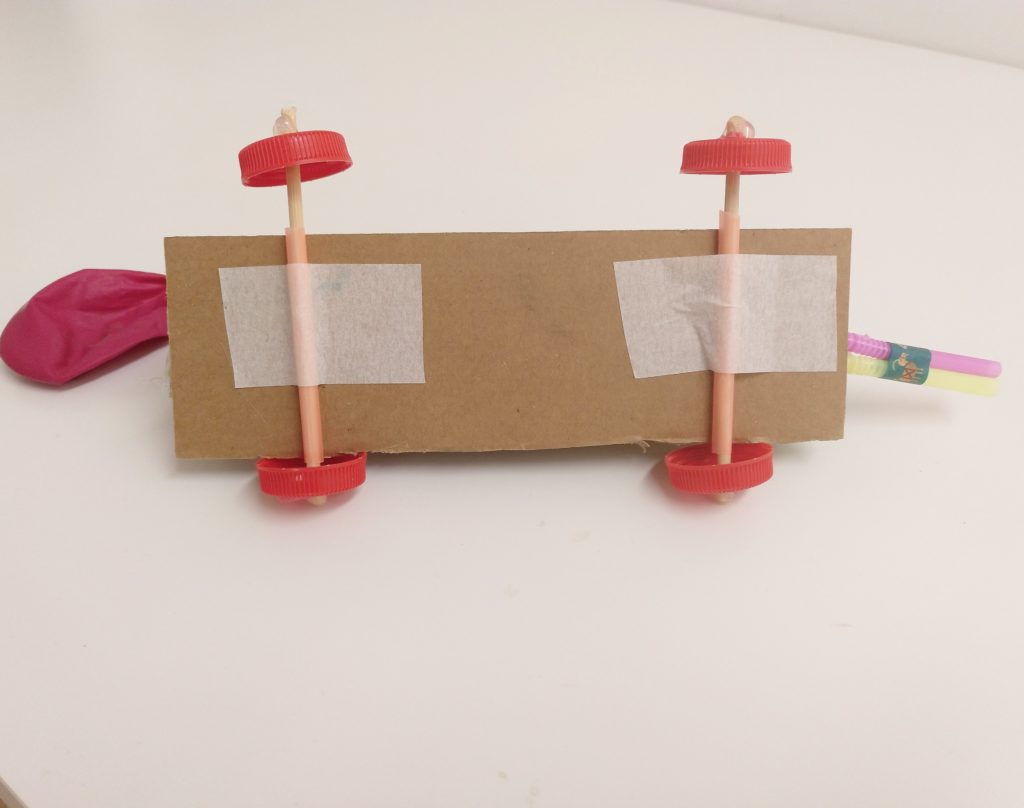 Finally, bore the bottle caps to make the wheels and pass the axles through the holes. Make sure the wheels are straight so the car can move forward.

Engage it on the bottom of the base with zeal or American tape.

Check if the base of the car rolls well.

Before you start, blow the balloon you want to use several times. Practice a little to blow, so the balloon will inflate more easily.

You can practice inflating and releasing it … note what happens !

Now, take the balloon and 2 flexible straws. Put the straws inside the balloon. They will serve to inflate us. So that the air does not escape   Heat around and reinforce it with a chicken gum.

Engage the tabs on the top of the Car and put the straws with the balloon in the car.

We have put one on each side so that it is balanced.

You can create a route or look for a ramp … you’ll see how the cars run.

As we said at the beginning, in this experiment we found   engineering concepts   like the invention of the axle and the wheels and   physical concepts .

To understand the   physical concepts   let’s talk about   Isaac Newton   and the basic principles that he created and that are known as   the 3 Newton’s Laws.

These laws are very important since they practically explain to us all the movements of bodies and objects in the universe. Just as one body behaves with respect to another.

We see how the 3 laws apply to our activity.

The 3 Newton’s Laws are:

The   Law of Inertia:

It states that an object will remain at rest or in uniform rectilinear motion if there is no force acting on it and forces it to change speed (accelerate or decelerate) or change the direction of its displacement.

> That is, things will continue to do what they did unless you hit them.

>> In our activity we can observe that things do not move if you do not touch them .

The   Law that relates the Force and Acceleration

From the 1st law, we know that objects can only accelerate if there are forces that act on them. The second law tells us how much an object can accelerate for a given net force.

> That is, if you give a hit, to an object of mass m, you accelerate it by changing its movement, in the direction of the blow. That acceleration depends not only on you, but also on the mass (or weight) of the object.

>> In our activity, we observe how the balloon accelerates the car and changes its movement. The speed depends not only on the balloon but also on the weight of the car .

The   Law of Action and Reaction

If an object A exerts a force on an object B, then object B must exert a force of equal magnitude in the opposite direction on object A

> That is to say, if you apply a force to an object, it applies to you at the same time a force of the same magnitude but in the opposite direction.

>> In our activity, this happens when 2 cars collide .

Now that you already know how to make a car rocket or car driven by air,   try to do it with a plastic bottle .

The mechanism is always the same.

What other things can you invent? Send us your ideas and we will publish them.