Sometimes doing simple and fun activities you can learn many things.

This activity has to do with Aerodynamics and Newton’s Third Law.

Let loose the balloon and see how advances!!!!!

Here are some pictures of how children have done it: 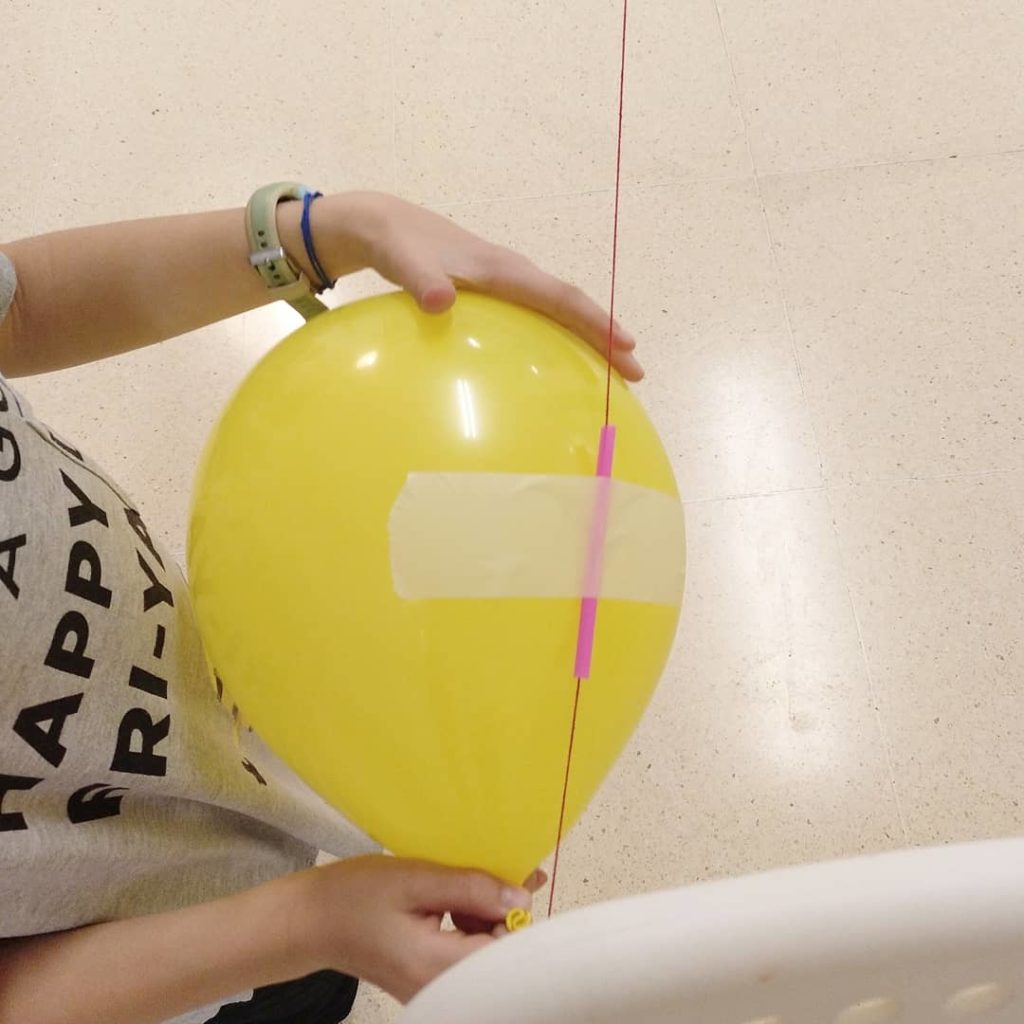 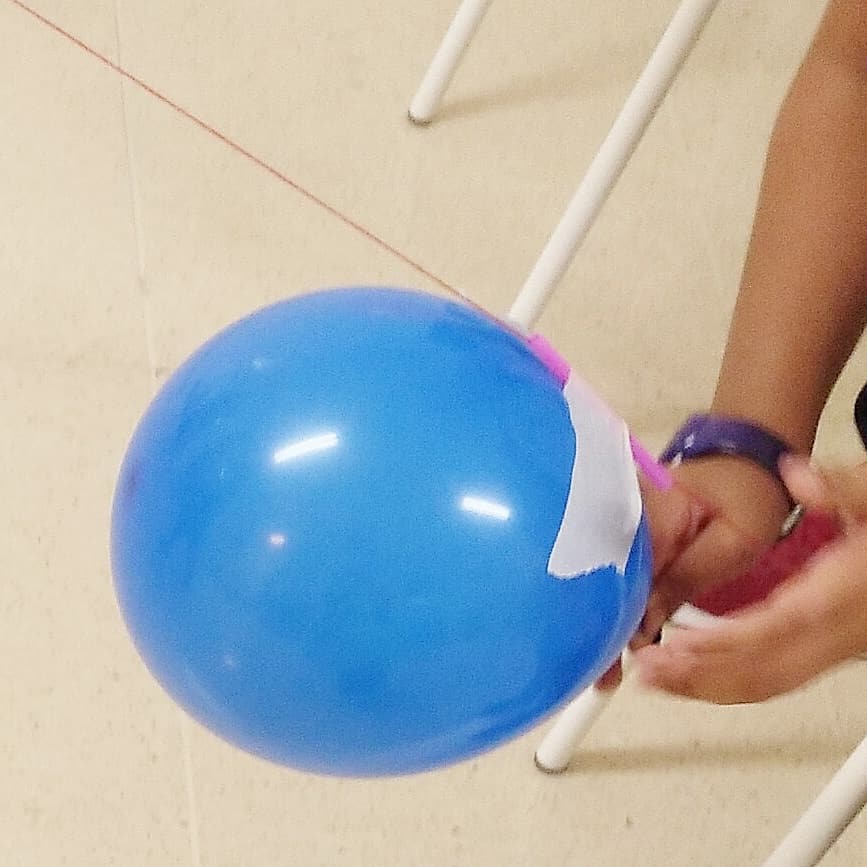 and this little video of how the balloons shoot out:

When you inflate a balloon, you are putting air inside and when you release the balloon, the air comes out at high speed by advancing the balloon.

The air that comes out causes the balloon to go forward. This force is called Push.

Physicists call the air that comes out of the balloon “Action Force” and the force that pushes the balloon forward “Reaction Force“.

The rockets also follow Newton’s Third Law but in their case the thrust force comes from the combustion force of the fuel. When the engines explode, the rocket goes up.

In our case, the Push Force is air. 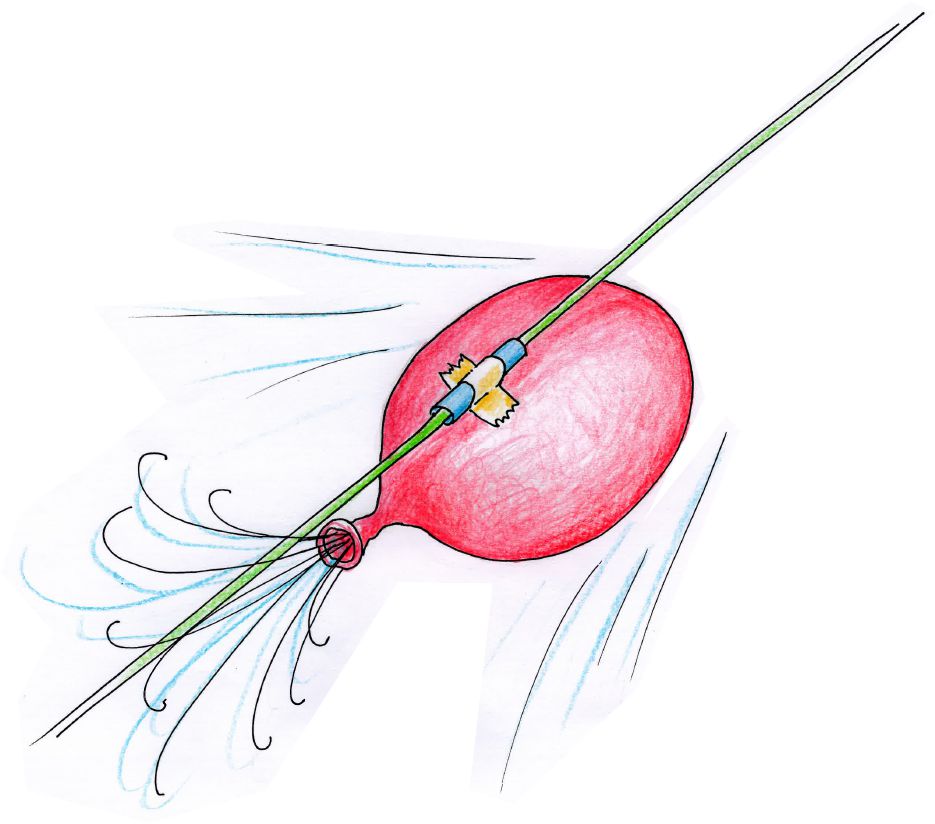 Experiment with the aerodynamics of the globe. Inflate balloons of different sizes and see which one goes the farthest. What do you think is due?

Tilt the thread so that the balloon has to rise and see if it costs more or equal.

What happens if you put an object inside? There are more or less heavy objects, try!

Is it possible to take a tour with the thread? For example, make it have a curve? Does it work?

Research playing and you will see how you learn more than you think.