A little history before starting...

The catapult is a military instrument that appeared in ancient Greece around the fourth century  bC. to defeat walls and to invade cities.

So many types of catapult appeared, that each geographical place gave it a different name.

The Catapult has its origin in the bow and arrow. The idea of ​​throwing things away to attack was developing and the Crossbow and the rest of the artillery appeared.

Its basic principle is to throw projectiles as far as possible. Sometimes the projectiles were very heavy or very heavy. There were all kinds of projectiles, from venous snakes, huge stones, to dead animals.

1. Choose 4 wooden sticks and join them by putting a chicken paste on each end. It should look like this: 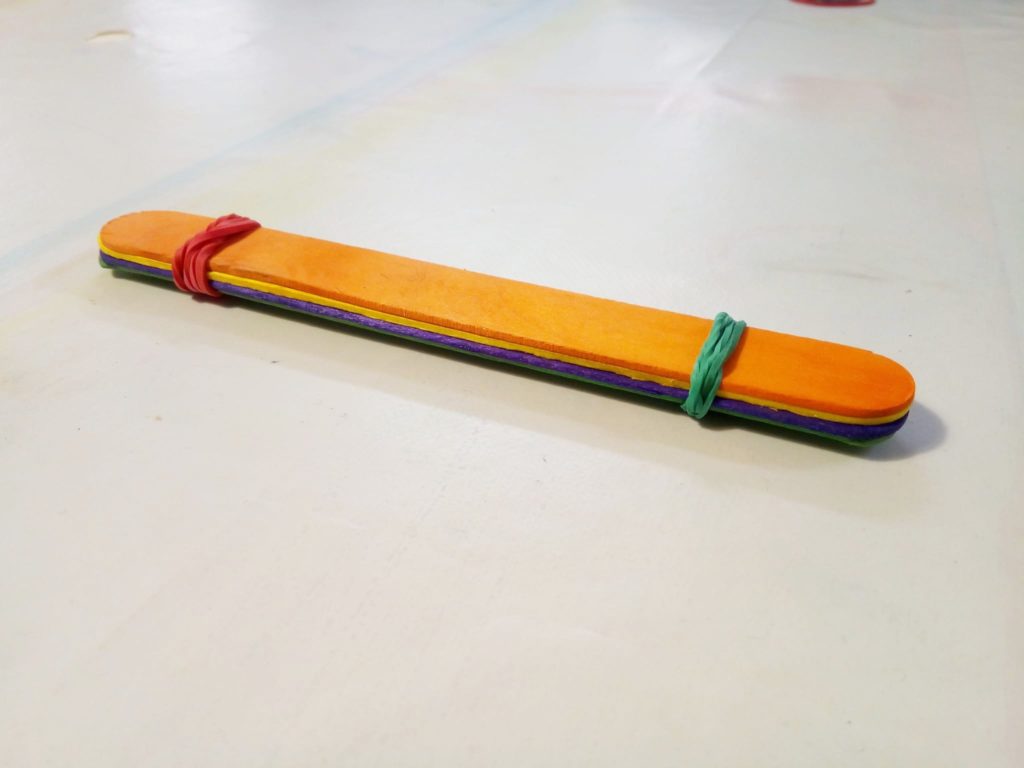 2. Now take another stick and put it in the middle of the sticks, so that it has the shape of a cross. You have to pass 2 tires to hold it well. Look at the drawing and you will see how the result is in the form of a cross. 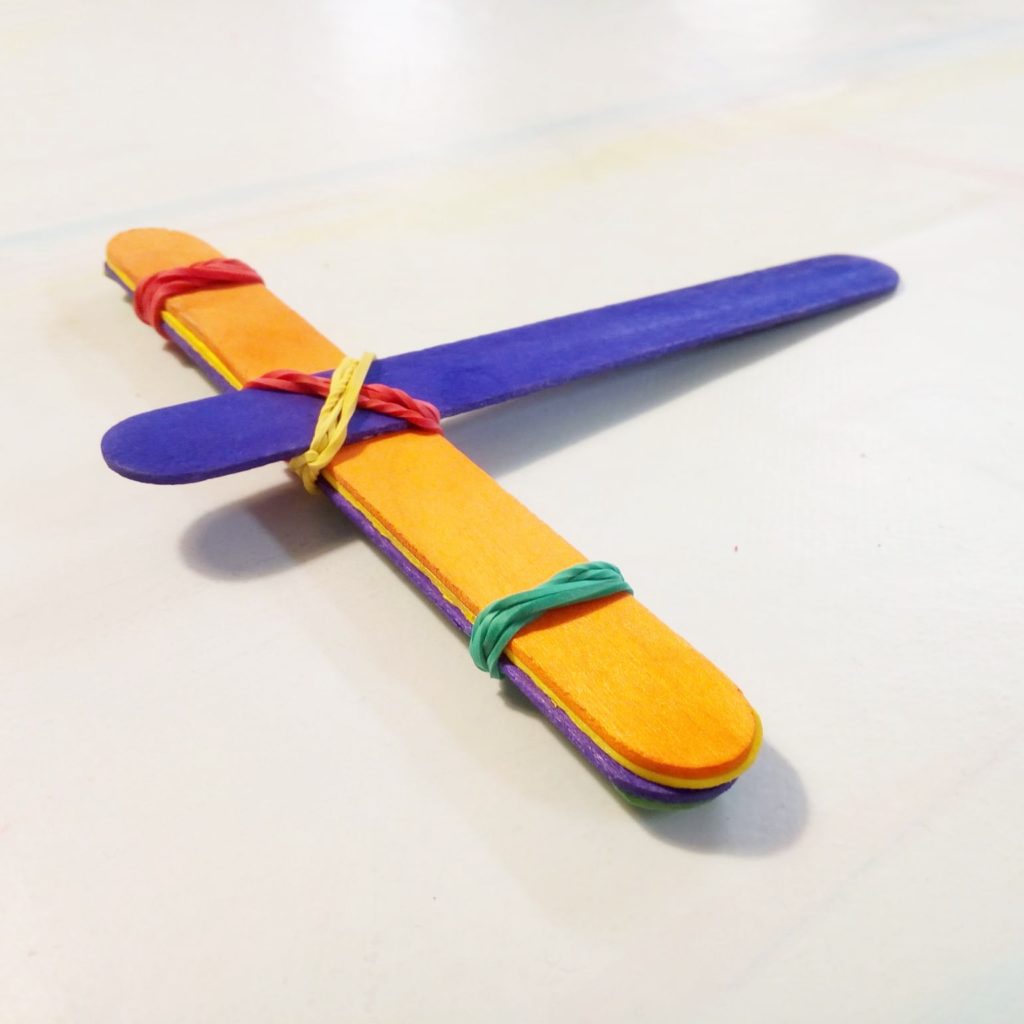 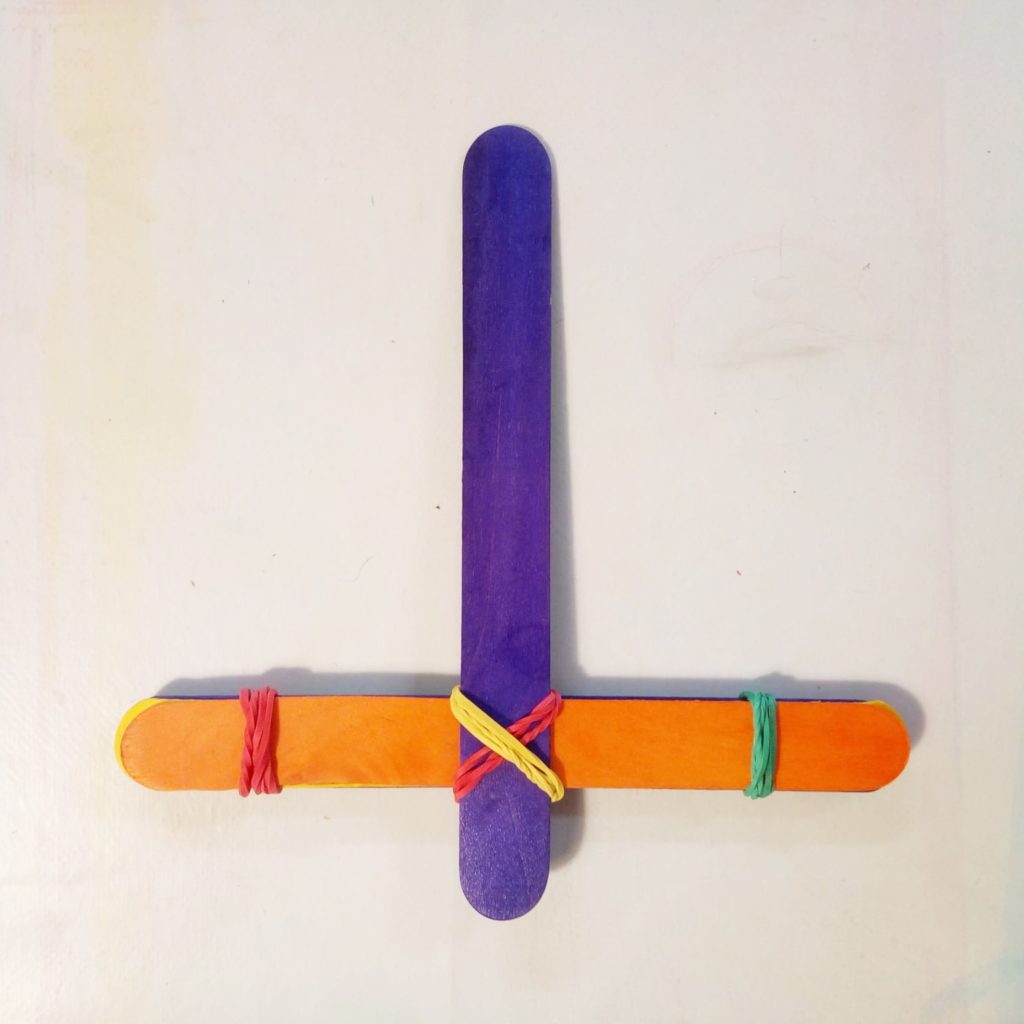 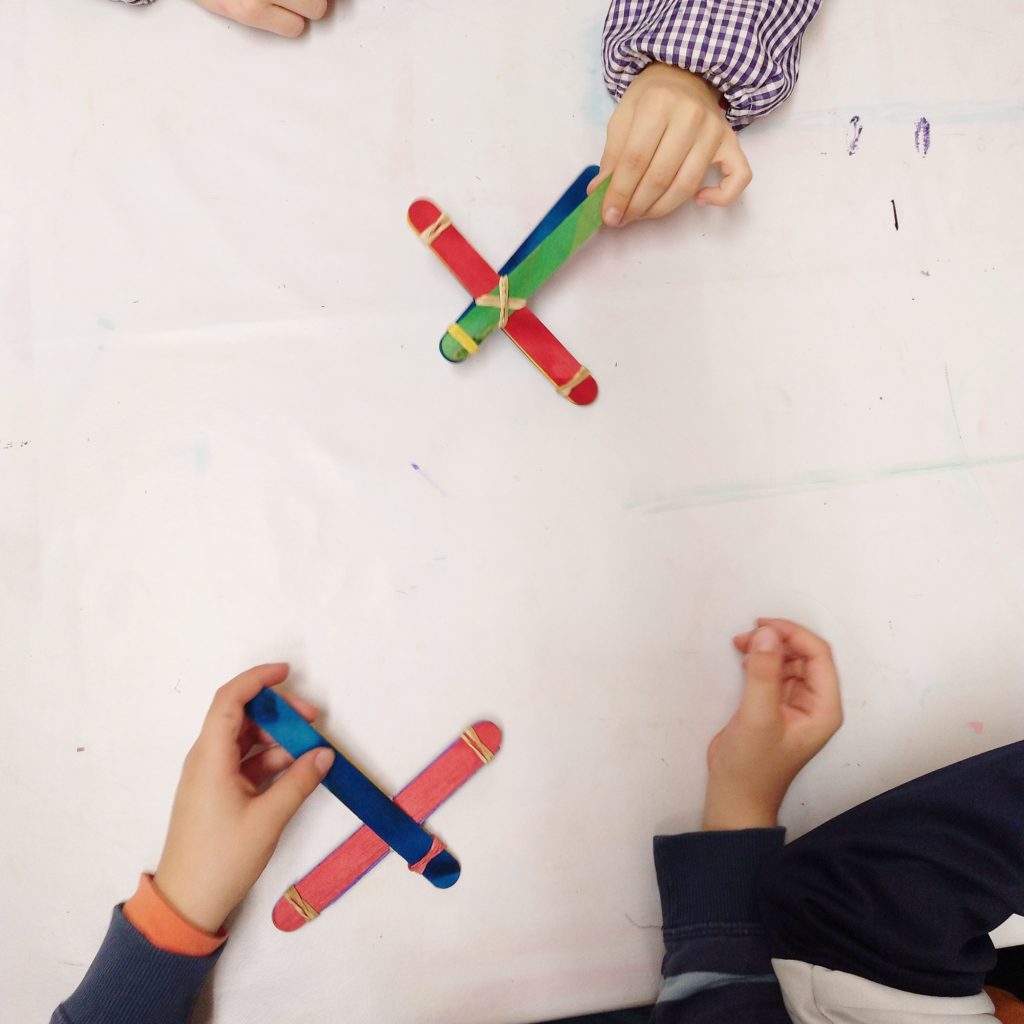 3. Finally put the last stick on the other side and join it with a chicken paste. 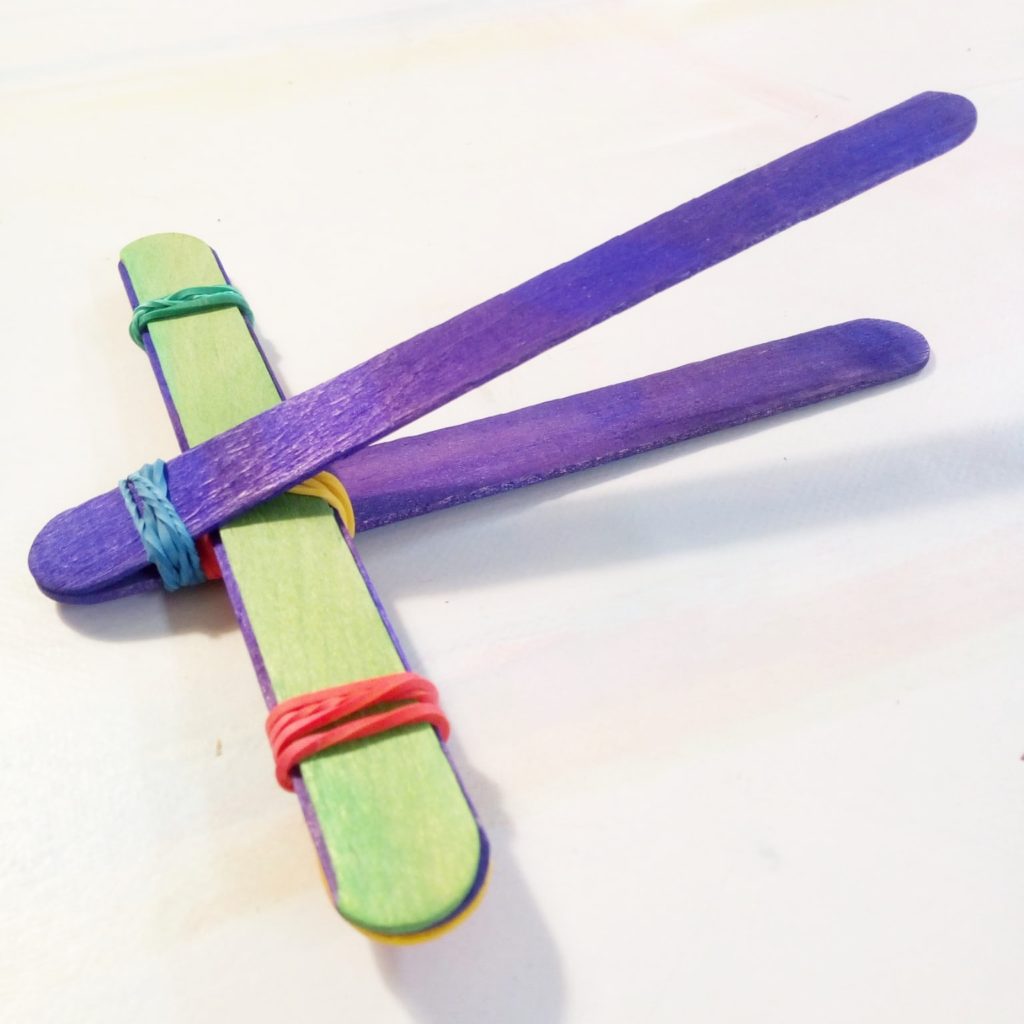 4. To finish, hook the plastic bottle cap on the end with the silicone. 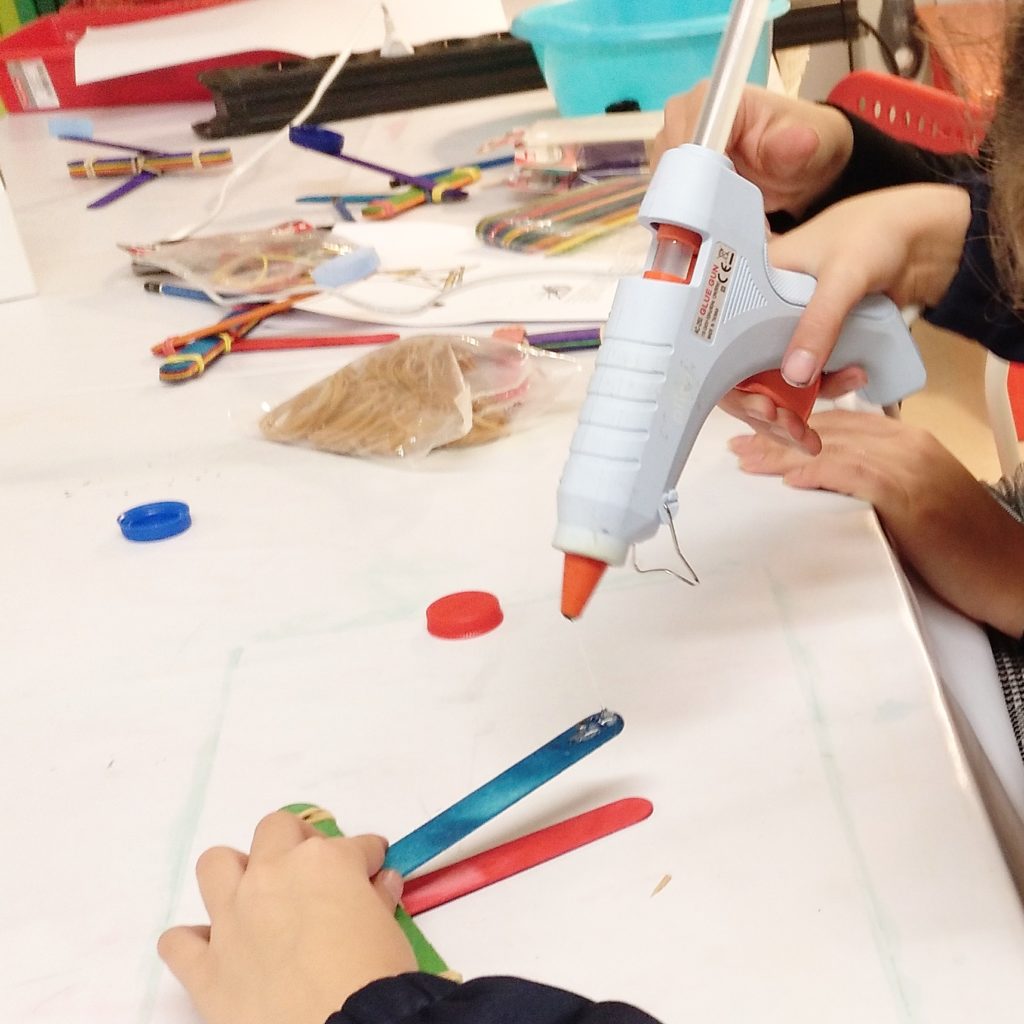 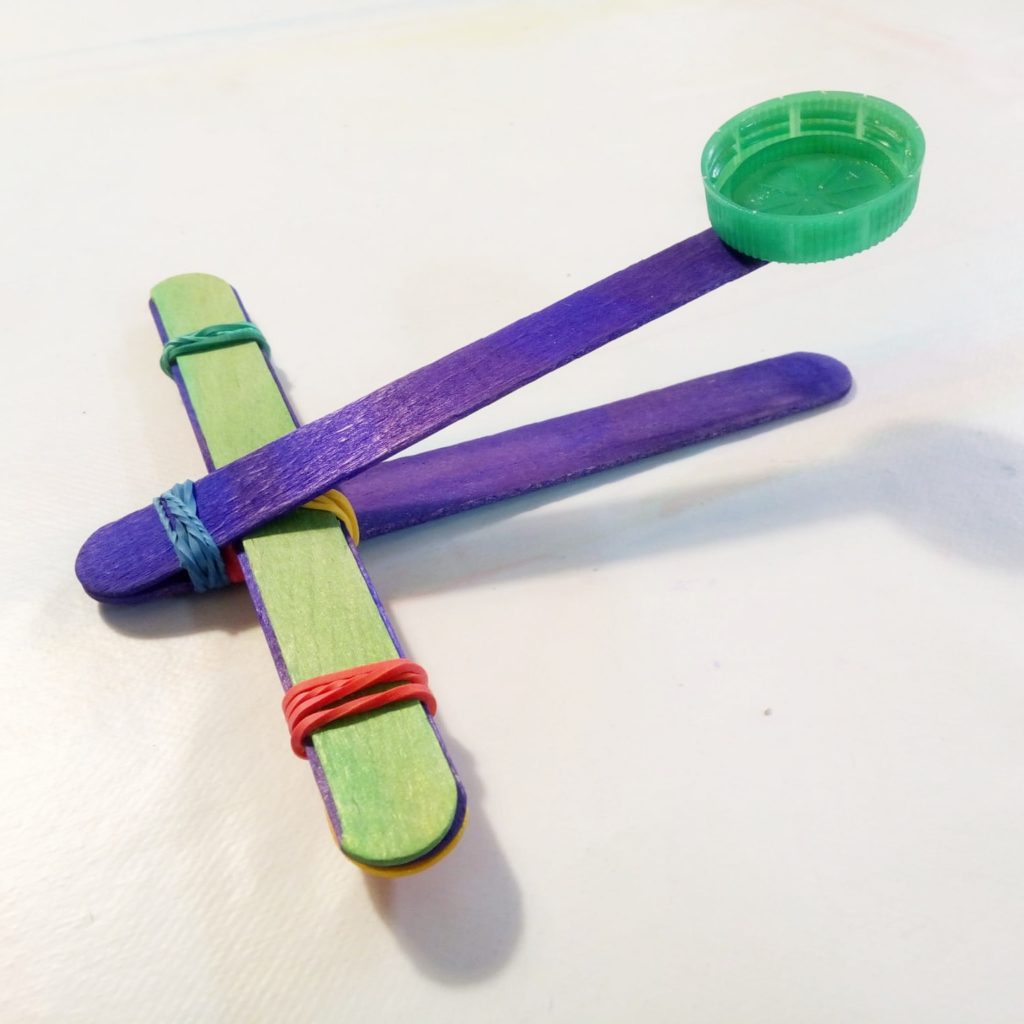 5. If you want you can decorate the catapult to customize it. 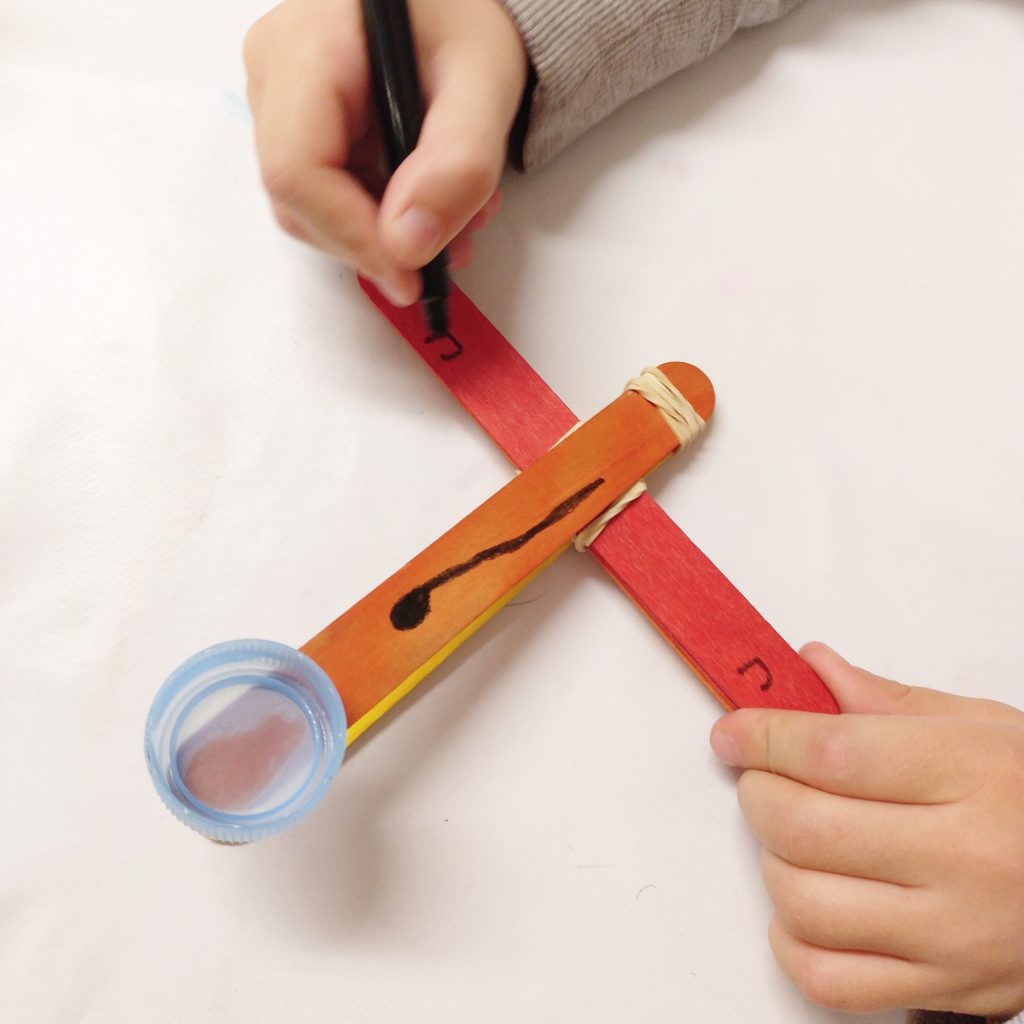 And you can play!

We have turned the game in an experiment observation with this game:

You have to catch:

Painter’s zeal and a marker.

The idea is that you put a starting line, from where you will throw with the catapult and that it marks with a signal, with the painter’s zeal, where the first boat falls, to see the distance.

If you are several to play, one throws and the other acts as judge and is the one that marks where the ball or projectile falls with the painter’s zeal.

Here is a video of the shot and how the children notice where the first boat falls.

Here you have a photo of all the shots made by the children. We have put their names and the type of projectile used in each shot. 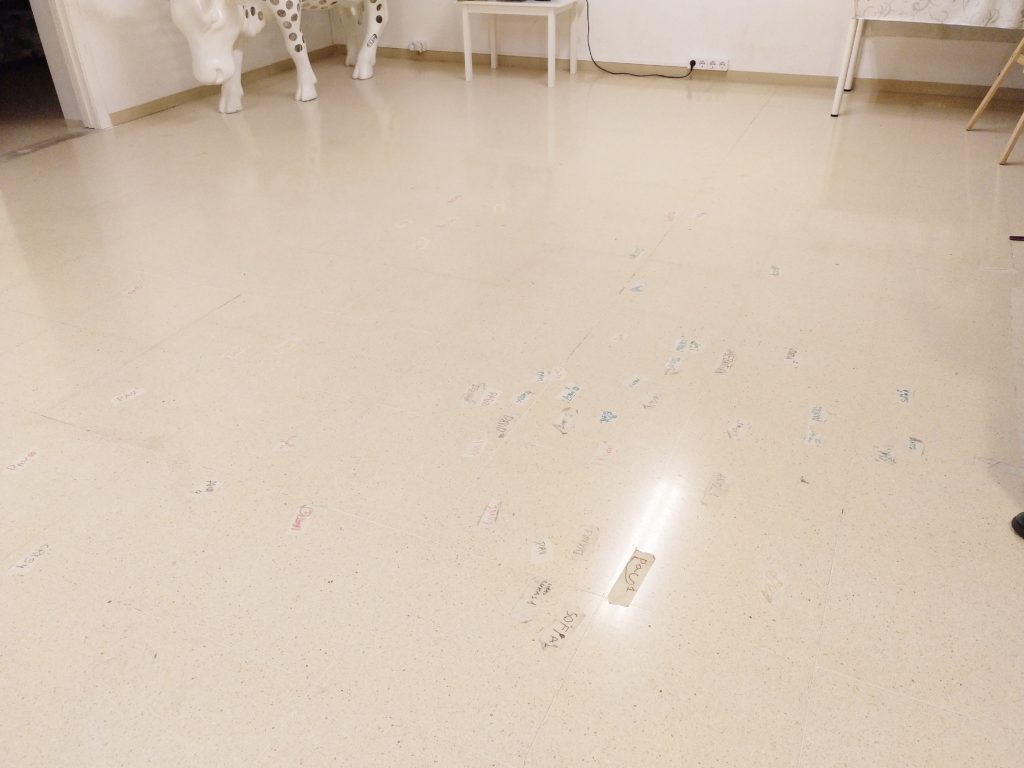 Once you’ve tried shooting with the ping-pong ball, you can make variations.

For example, you can make the highest catapult. Instead of 4 sticks you can put 6 or 7 and see if the shots go further s

You can also do a mini catapult.

Instead of using the ping – pong ball, you can make a paper ball and wrap it with painter’s zeal. Surely the distance of the shot varies. Remember to mark it on the floor!

What other type of projectile can you put?

Anything works! Search among your things… for example an eraser, a sock… etc. and test the distance.

Observing, you are beginning to investigate and learn directly from the results. 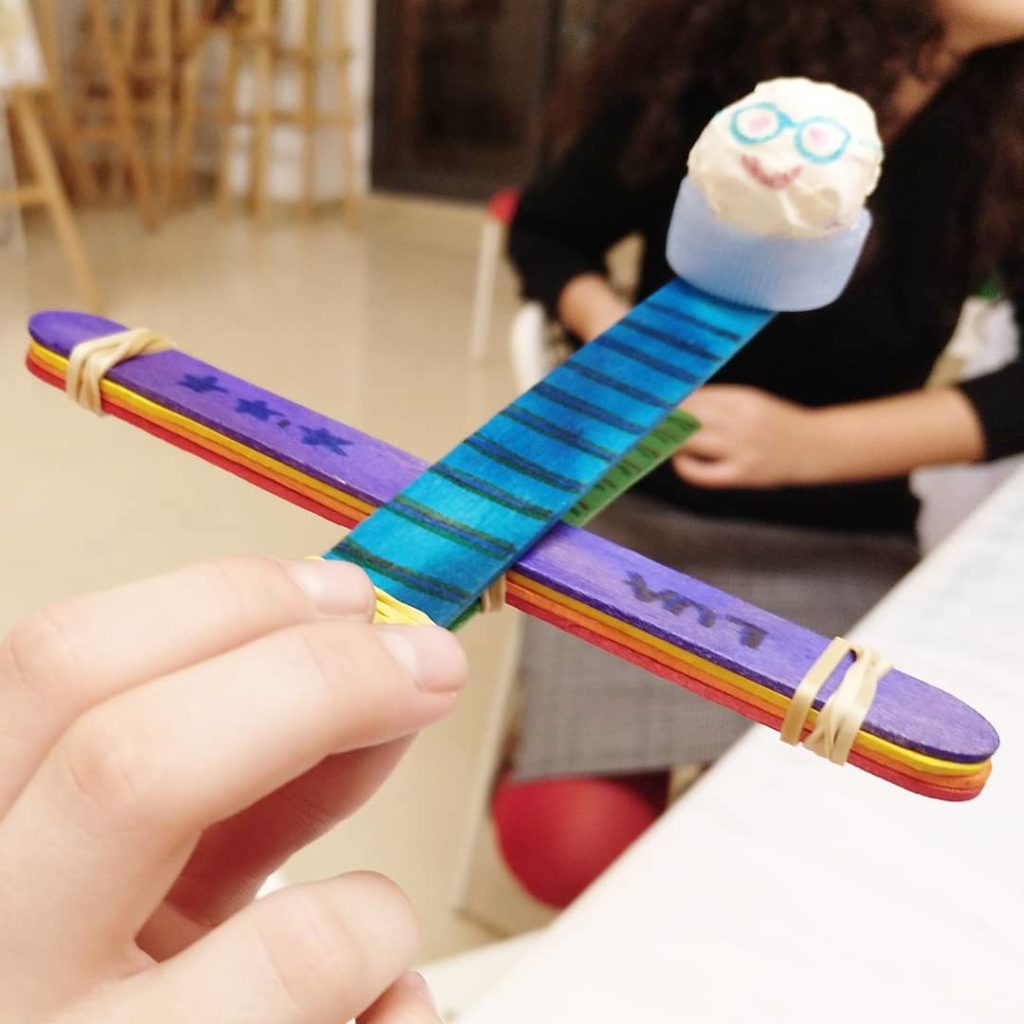 Once you have tried to make different variations of catapult and projectile size, you can throw in many ways:

-Try to make a basket in a bucket

-seek to bounce first on the wall and fall into a bucket, etc…

It is a very funny game!

The catapult is the first military machine where the force of gravity and the drop in weights are used to give the necessary energy to a projectile.

These machines store energy to release it in one shot, by the following process:

It is also interesting to know that when the projectile is fired, it does so in the form of a parable. The parabolic shot is composed of 2 simultaneous movements, as described by Galileo Galilei in his work Dialogue on the Systems of the World (1633 ). These movements are: the vertical and the horizontal.

The firing of a projectile is co m porta like the shot of a soccer ball.

L to v peed of the projectile depends on these two movements: the horizontal movement in the X axis and the vertical movement on the Y axis also depends also on the strength and the angle of the launch.

The horizontal speed is constant since it is a uniform movement.

The vertical speed, on the other hand, decreases due to gravity as it rises to 0 at the highest point; then the speed grows again by gravity. 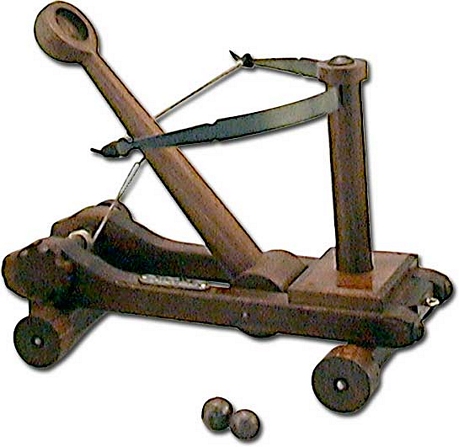 The Tension Catapult is the first to be used. This type of catapult uses the personal bow to tighten the rope. The first arches used to be made of metal, wood or horn.

The energy is stored in the rope. When tensioned, the projectiles shot out of the giant spoon.

By increasing the size of the catapult, projectiles can be launched at increasingly large and heavier distances.
Torsion Catapult: 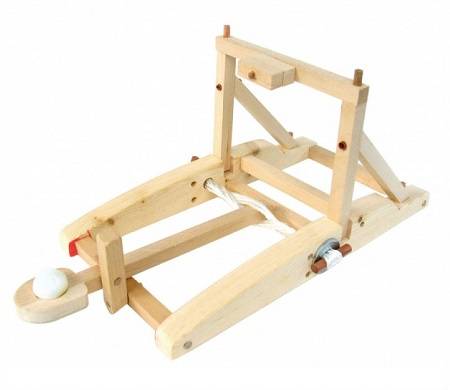 This catapult works thanks to the strings it has at the base.

These catapults get their energy through the twisting of their ropes, be they animal tendons, horsehair or even woman’s hair (only if necessary)

When unraveling, the energy of the strings is released and moves the throwing arm that throws the projectile.

To adjust the throwing distance it is necessary to twist the strings at the bottom. This is done thanks to the pivots. This must be done equally and at the same time on both sides.

In this way, the energy accumulated in the torsion process releases a sufficient amount of energy to launch the projectile at the desired distance. 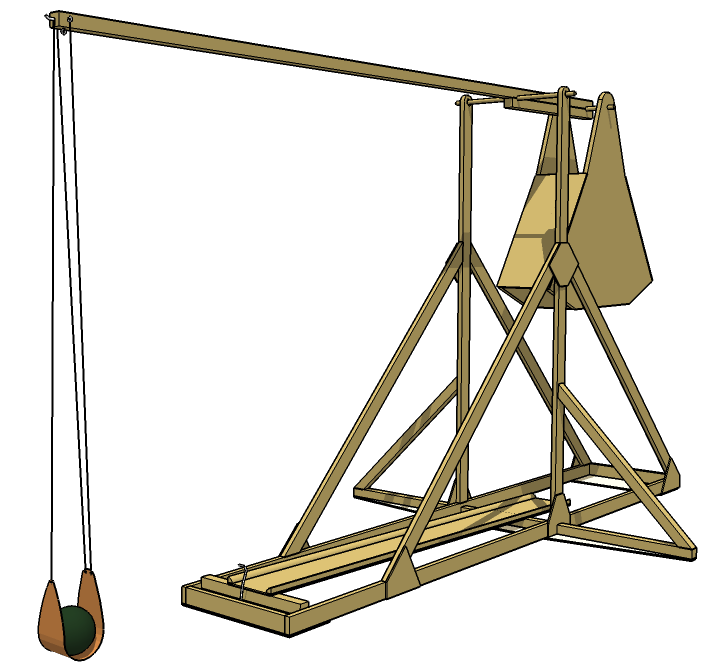 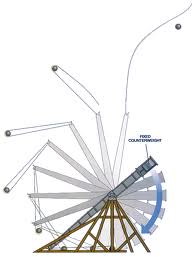 This type of catapult is the most efficient, compared to the previous two, since once “cocked”, it did not lose or have “leaks” or decrease energy (as in the case of the previous two). So he could stay cocked for the necessary time and wait for the right moment to shoot it, without detracting from his energy.